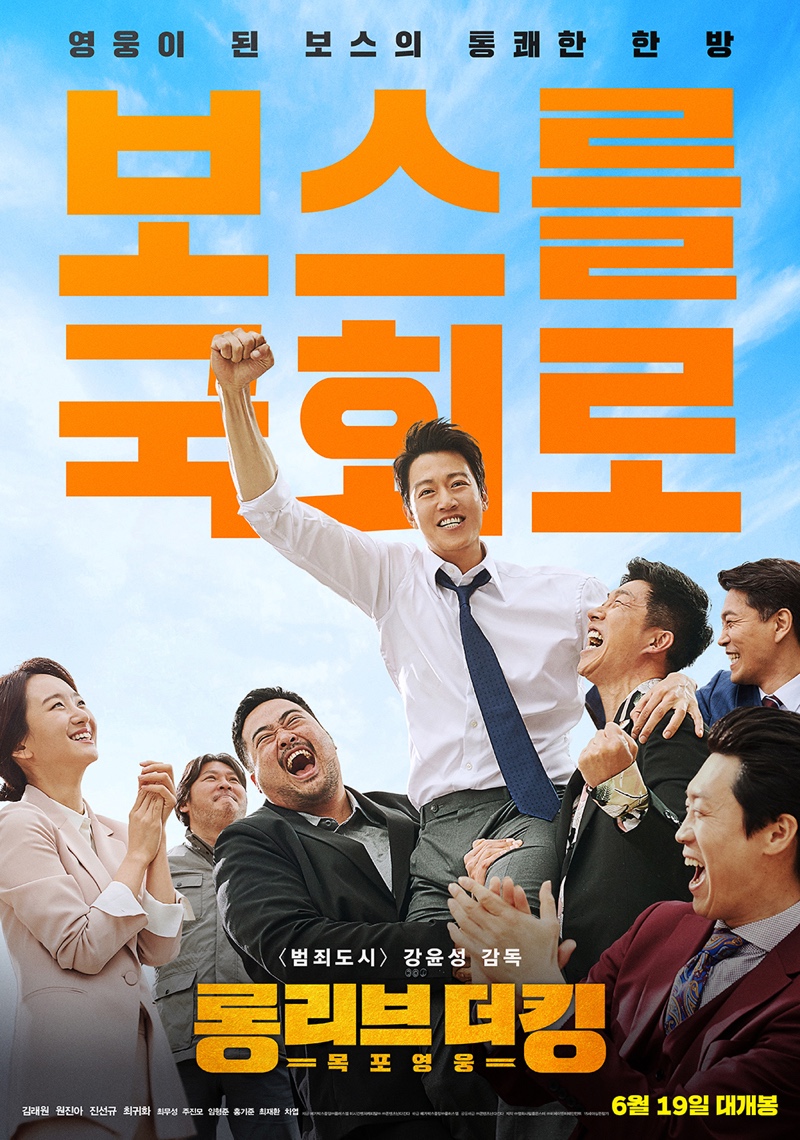 Jang Se-Chool (Kim Rae-Won) is a gangster boss. He meets Lawyer Kang So-Hyun (Won Jin-A) at a demonstration, where local merchants are opposing the reconstruction of a traditional market. He falls in love with her at first sight and tries to make a good impression. On the other hand, Kang So-Hyun views Jang Se-Chool as nothing more than a thug. She tells Jang Se-Chool to become a good person. With those words, Jang Se-Chool decides to live a new life. Wanting to become a good person, he turns to respected politician Hwang Bo-Yoon (Choi Moo-Sung) for advice. One day, Jang Se-Chool saves a bus driver after his bus crashes and dangles off a bridge. With news coverage of the accident, he becomes a hero. Soon, Jang Se-Chool runs for a seat in national assembly after his mentor Hwang Bo-Yoon is attacked and hospitalized.

Ucun May 28 2020 10:18 am @mre the song from the last scene and the karaoke is from my favorite singer, Kim Dong Ryul - Saying I Love You (or you can find with Hangul 김동률 ㅡ 사랑한다는 말

PhayMandy Aug 07 2019 8:02 pm Kim Rae Won is a very good actor and excited to watch the movie. But I think it will not be aired in the Philippines. I hope that I can watch it soon.

Lathifah salma Sep 20 2018 8:44 am Won jin A proud of her. She include new actress but she has got many project dramas with any seniors. Like Jo Seung Woo, Lee Dong Wook and Lee Jun Ho.. She will get many popular award now. Now she will one project drama again with senior, yeah that's exactly Kim rae Won. Applause For Won Jin A ??