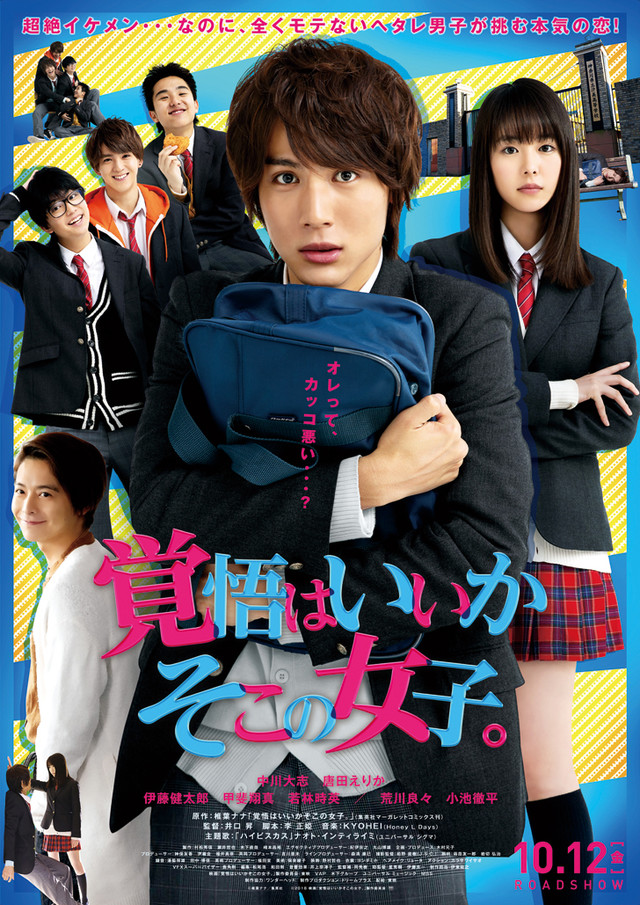 Towa Furuya (Taishi Nakagawa) is a handsome high school student. Since he was little, he has always been surrounded by women. He believes that he is popular with women, but he has never had a girlfriend in his life.

One day, Towa Furuya’s classmate tells him "you're the type of guy where girls only look at." Towa Furuya gets upset and states that he will make Misono Miwa his girlfriend. Misono Miwa is a beautiful girl and she is popular with guys, but she turns down their advances. Towa Furuya confesses his feelings to Misono Miwa, but she also turns him down. Towa Furuya doesn't give up and his feelings get stronger for her. He discovers that she likes art teacher Takatsugu Masaki.

Orie Feb 21 2021 6:50 pm Being Noboru Iguchi as director, i was very surprised in what to get from here. I knew nothing about manga nor anything. Just that it was Noboru Iguchi (Machine Girl, Zombie Ass, Robo Geisha) i was expecting something on those lines. But damn, the movie and writing was very compelling. Bromance was amazing. Good direction production and it was awesomely shot. Very good. Very indeed!

Bluerosebud Apr 25 2018 1:04 am Omg can they please casr Suzu Hirose...they haven't acted as mains together in any movie or drama .....ughhhhhhh fingers crossed !!!!