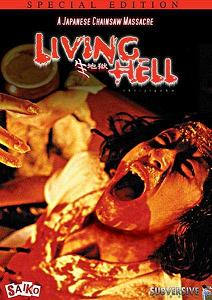 After two grizzly murders have occurred in a house, Ken and his family are forced to invite their relatives who lived in the very same house. Ken's family is a bit sceptical about bringing two strangers into the house but they have no other choice but to accept the situation. After a while Ken's wheelchair bound brother discovers that there's something wrong with the old lady and her grand daughter... something very wrong! -- Slasherpool