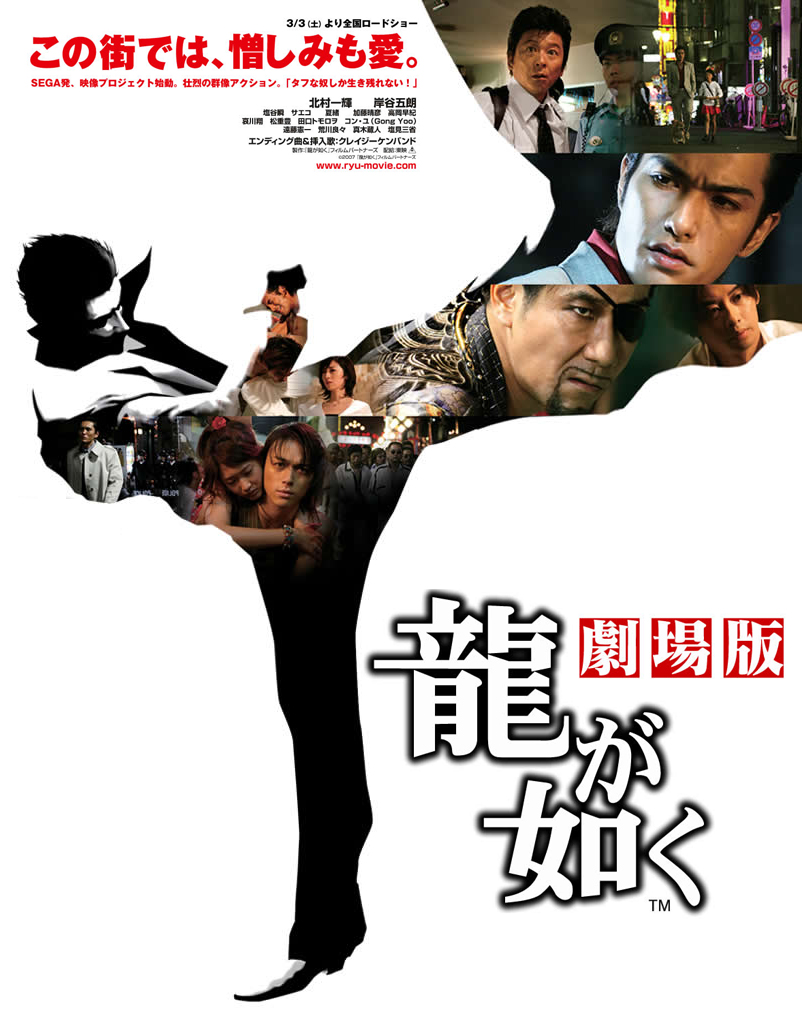 In the sweltering heat of Tokyo summer, the night begins with a hapless bank robbery and the disappearance of ten million yen belonging to the Tojo gang. Meanwhile, yakuza Majima Goro (Kishitani Goro), decked in a gold suit and with more than a few screws loose, is out to fight rival gangster Kiryu Kazuma (Kitamura Kazuki). The somber and seemingly indestructible Kiryu, however, has just left his gang and has in tow a little girl (Natsuo), whose mother he is trying to track down. In another part of Shinjuku, Satori (Shioya Shun) and his girlfriend (Saeko) decide to start holding up stores for fun, and mysterious Korean hitman Park (Gong Yoo) haunts the rooftops looking to off the culprit behind the bank robbery. As the night passes, Majima and Kiryu cross paths repeatedly, in a series of increasingly bloody and bombastic stand-offs that bring them straight to the top of the Millennium Tower.