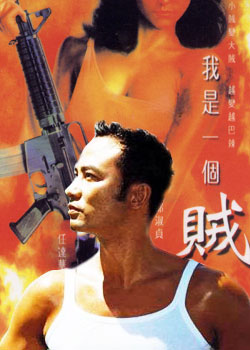 Simon was framed. He had no other way out but to kidnap Chingmy , the daughter of his enemy.

While taking the ransom, Simon was set up again and this time he was wanted as a murderer.

Simon took Chingmy along with him and fled. Gradually, they fell for each other and became notorious as the "Scary Pair".