Leaving Me, Loving You 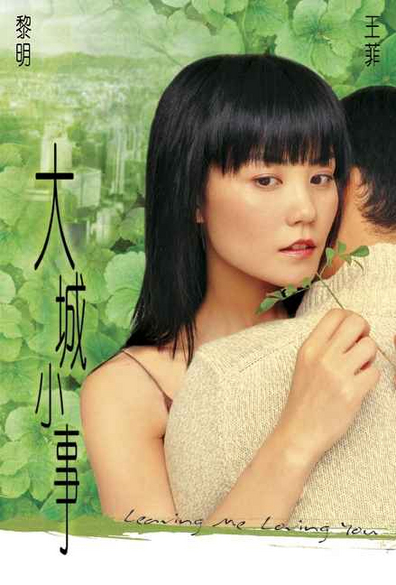 Leon Lai, who you may know from Infernal Affairs 3, stars as an out-patient doctor in Shanghai. As the movie opens he is breaking up with his girlfriend, played by Faye Wong, who also starred in the wonderfuly 2046, as well as Chungking Express. The rest of the movie is an off-beat romance which brings the two back together. There is a lot in this film that is plain odd. The whole opening sequence is rather random - showing a van loaded with farm produce driving through the night before getting to Shanghai - getting in a car crash and then that's it! The orchestral score is the kind of orchestral cheese you would associate with a 1970s American day-time serial or a Bollywood movie. Plus, cheesy cha-cha-cha versions of classic romantic song, Moon River, play on continuous loop throughout the movie.

However, there is also a lot to love in the film.