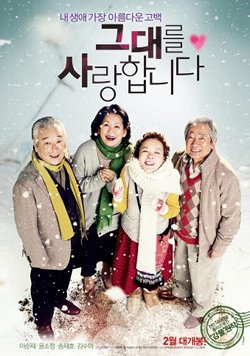 "Late Blossom" follows the lives of two couples who live in the same neighborhood.

Kim Man-Suk (Lee Soon-Jae) delivers milk on a motorbike at dawn. He curses a lot, but actually has a warm heart. One day when he goes up a slope, he meets Ms. Song (Yoon So-Jung) - a lonely woman who works hards by collecting and selling scrap paper. Man-Suk feels something special toward Ms. Song.

Jang Kun-Bong (Song Jae-Ho) works in a parking lot. Jang Kun-Bong has a wife (Kim Soo-Mi) who suffers from alzheimer's. He works from dawn until late at night. After work he comes home and takes care of his wife. 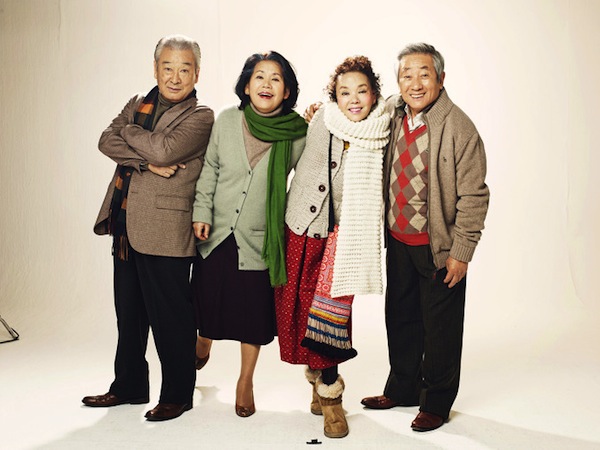 elaijah Mar 30 2013 12:53 am i'm so in love with this movie.. can i ask if where can I find the soundtracks they used in this movie?especially the soundtrack at the end of the story bcoz it was so sad..

Salva Sep 27 2012 6:43 am a very well played movie .. a best movie I must say.. seeing a very romantic love even in the end of all bad things really have good endings. WE LIVE - WE CRY- WE LOVE- WE DIE. A unforgettable movie even things that don't matter surprises us all...So touching that it can pierce through anyone's heart and can make you say AMEN. <3

hiroki Sep 20 2012 9:34 am Just watched it from SM Korean Film Fest. It was a great movie! It made me laugh and cry a lot. Very Romantic movie

ranny d. francisco Jul 21 2012 10:13 pm a great movie...actually, amazing, i waited for it to be shown on channel red for weeks, and it is worth the wait... a story of two couples who found true love.

bibo Feb 09 2012 12:38 pm best drama ever! The most romantic movie I've ever watched! I don't usually recommend ppl to watch a drama, but this one is amazing. I watched this movie with my bf, we realized that in the end we would only had each other. Our relationship never been better after we watched the movie.

iLLusiOnEr Sep 11 2011 2:36 pm damn good. really the phrase 'don't judge a book by its cover' was thrown to my face.now i regret passing this the first time i noticed about it. basically you'll get through these phases while watching: