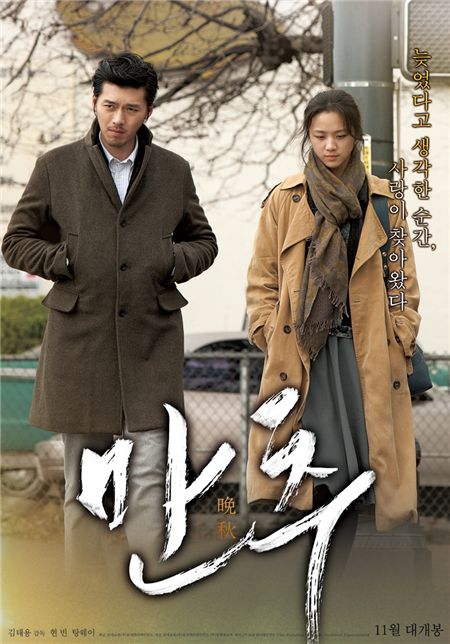 7 years later, Anna learns in prison that her mother has passed away in Seattle. Prison officials grants Anna a three day furlough to attend her mother's funeral.

Anna sits alone on a bus about to embark on a long trip to Seattle. A man in a hurry suddenly boards the bus right before its departure. The man doesn't have enough money to pay for the ticket so he looks over to the seated passengers. The man spots Anna and walks confidently to her. He smiles and asks to borrow $30. The man eventually gets the $30 and is able to ride the bus to Seattle.

The sweet-talking man's name is Hoon (Hyun-Bin). He is a Korean immigrant who works as a gigolo. Hoon is now on the run from a wealthy client's furious husband. These two seemingly lost souls are about to share three memorable days together ... 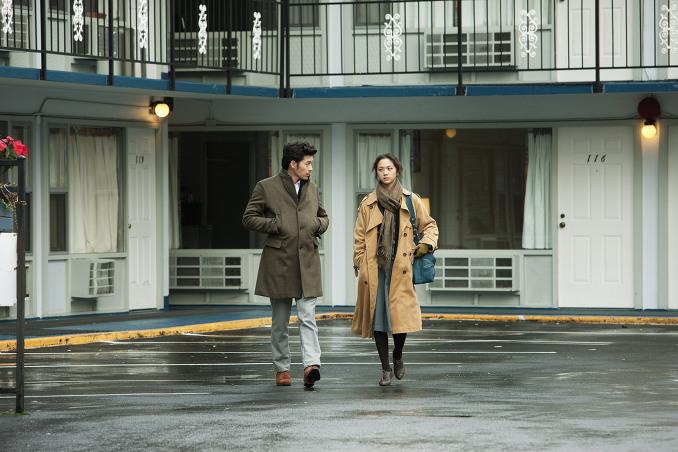 Mervan May 22 2022 5:59 am Hyun Bin's spoken English was awkward and forced, but it's natural and logical, in the movie even the character himself refers that he has been in the US for two years and his English just has been improved.

aghaza Mar 07 2022 4:22 pm i think the drama was okay, for me personally it cold colours were amazing combination with its sezon and vibe, even characters clothes was combination with vibe and movie colour.

acting was not the best,but okay. i think ,they would be more comfortable, if they could speak in their native language, but, according tha,t they were speaking english, they did good. plot was good , but, i wish ,if directing was more exquisited

Margaretha Dian Apr 05 2020 8:03 am I'm here cause of Hyun Bin and kind of late watching this movie. Honestly speaking, it was a boring one.

Anna May 21 2016 8:57 pm I feel like a lot of people didn't enjoy this movie because they were looking for something resembling Hyun Bin's other works, but I thought that this movie was very captivating. The darkness of the film made it more real and it wasn't disappointing. If you're looking for a happy ending and a movie with lots of laughs this is not your movie. But the way the two leads interact in the movie is raw and unexpected.

Elle Mar 18 2016 12:08 am The ending is open ended. I was confused about it, but I do believe it intentionally leaves it to where you question what happened. They begin the story off with Hoon's character on the run from his client's husband, and leave you unsure at the end of what happened to him. I thought there were plenty of strange and awkward moments in the dialogue and acting, but still have parts that were beautiful. I honestly was shocked to hear they won awards for this movie, since I don't personally believe this is their best work(s). Currently can be viewed on drama fever.

aria Mar 15 2014 10:52 am really??? that's it??? with all those awards i thought that it must be a perfect film but after watching it....i really wonder what are those awards for? it was really boring. maybe a little meaningful for others but a waste of time for me... love hyun bin but the film was not good.

Ozmo Oct 11 2013 8:47 pm In my opinion 'film-noir' is not right for Hyun Bin. His spoken English was forced and almost creepy. I adore Hyun Bin but was uncomfortable with his character.

Mhay Feb 25 2013 6:20 am Just watched this movie. It was great! I was hoping for a happy ending though. They made the ending to be a realistic one. Great job!

Dianne Jan 27 2013 7:38 pm I wanted to watch this film because of Hyun Bin... I had just watched his fantastic acting in "Secret Garden" and loved the film and him! BUT, this movie was so completely different that I'm not sure I even liked it at all. Hyun Bin's acting was great, but he wasn't even recognizable as the person I saw in "Secret Garden". The movie was dark and brooding -- maybe it was just the video I was watching, but the color was barely there and it was dark. I've read all of the comments above, and it seems that I'm the only one who didn't particularly like the film. ... I hope now that he has been released from the Korean Marines that his next movies/dramas will be lighter... I also read that Wei Tang won awards for her acting?? That was a surprise to me as I didn't think she was good at all... I feel like I must not have watched the same movie the others watched :(

tüte Jun 22 2012 10:45 am I didn't understand the ending... can someone please explain.... what did happen there?... did Hyun Bin come to where Wei Tang was waiting? Or did he die or is in the prison??? (sorry for mistakes, my English skills aren't that good)

Wendy Nov 19 2011 3:19 am Hyun Bin gallantry fervour is worth to watch. But Tang Wei's motherly role has dampen the story.

Sun Jun 25 2011 9:25 am I just saw in NY. What a great movie. Acting is also great. Everyone including my husband, who is not an asian, can relate to these characters. Beautiful scenes, amazing acting, great love story. It is either spoken or subtitled in English. This movie should be marketed more in the U.S. and shown to all movie lovers in the U.S.

Michael May 31 2011 1:11 pm Just saw it this weekend at the Seattle International Film Festival and it was amazing. The characters, the scenes, the story and the most memorable ending of a movie I've ever seen. Wei Tang didn't even need to utter any words, her emotions played out on her face with utter perfection. Hyun-Bin was unlike any Asian male character I have seen in a movie, he created a balance between strength and weakness that I have never seen in an Asian male lead. And while I am bias, the city also lent an ambience to the film that no other city in the USA could have. Dark, haunting, hopeful and something always below the surface...this film had me captivated.

navin gurung Mar 23 2011 10:49 am but i cannot watch this film properly because i also donot live in korea

Ki Feb 17 2011 7:07 am I'll cut to the chase and state I absolutely LOVED "Late Autumn"! As a Korean who has lived most of his life in the U.S., "Late Autumn" is the first Asian themed film shot in the U.S. that hit home in a way where I could absolutely relate with the characters and believe what is taking place is real. Fortunately enough I was lucky enough to be in South Korea to catch the movie on its opening day.

"Late Autumn" is a remake and I have never seen the original 1966 Korean film so I can't say how it compares. With that said, "Late Autumn," in its own right, is one of those quintessential movies where you want to tuck the film in away your back pocket after it ends and save it for yourself for repeat viewings. I guess two films that immediately jumps to mind that is comparable in quality to "Late Autumn" is Sophia Coppola's "Lost in Translation" and Lee Yoon-Ki's "My Dear Enemy". Actually combine those two films and move the locale to the northwest U.S. and you have a pretty close approximation of "Late Autumn". That's not to say "Late Autumn" is derivative of either of those film, but rather it's a special film that's on a level with those films (which I also love).

The way "Late Autumn" unfolds has a totally unique feel, the actors (Wei Tang & Hyun-Bin) impressively pull out the entire rainbow of emotions while speaking mostly through their non-native language of English. Actually this was a concern to me, as both actors do not speak English fluently, but in the context of the film it was rarely noticeable. Hyun-Bin's Hoon character is a Korean immigrant who has only been in the U.S. for a few years so his English shouldn't be perfect. Ditto with Wei Tang.

The only flaw I found in the movie was the scene with Wei Tang & Hyun-Bin mimicking the American couple standing outside of the bumper cars. It seemed to go on for a tad too long and felt jarring compared to the rest of the film. The actual story I won't get into too much and leave it for viewers, but I will say when Hoon made that unexpected appearance it was uplifting and nearly brought me to tears. The fight and all was a thing of beauty.

Visuals were excellant, direction amazing (considering how ultra talented director's like Lee Yoon-Ki ("Love Talk") & Wong Kar Wai ("My Blueberry Nights") absolutely bombed when they brought their talents to the U.S.), performances were memorable and the script a winner. I think Hyun-Bin in particular will find himself becoming more of an international star if "Late Autumn" gets more exposure outside of Korea.

Excellant film - I enthusiastically tip my hat to everyone involved in "Late Autumn".