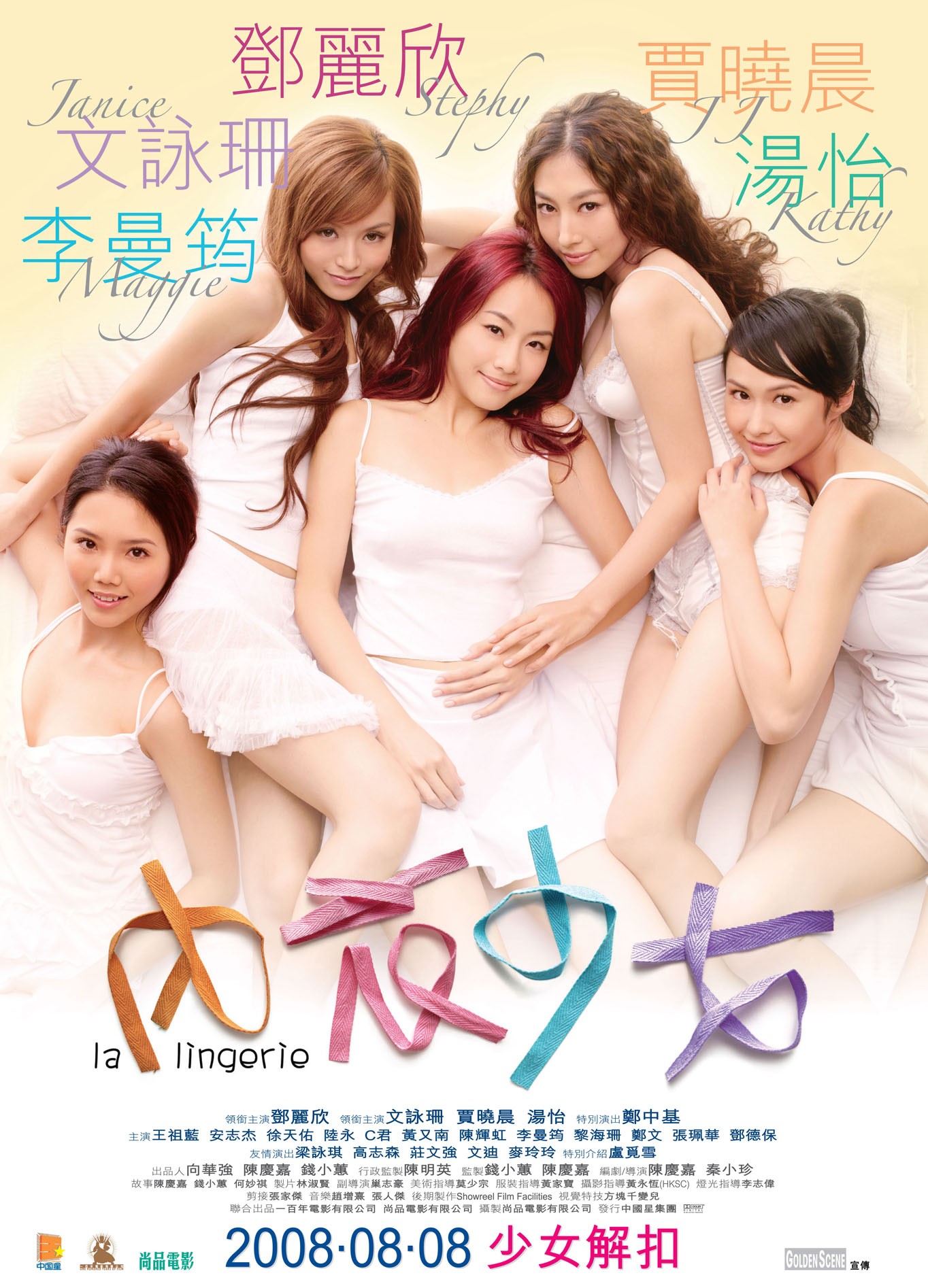 This story is about four young women. Their lives and their loves tied together by a common thread --- lingerie.

Miu, Donut, Celine and CC come from four different walks of life. Yet they always seem to hang out at the same place, a sexy lingerie shop where Donut works. Miu works for the Research and Development division of a Lingerie company. She's been an over achiever all her life academically and career-wise, yet possessing a failing grade in romance. She recently moves into the house of her deceased, unmarried old maid of an aunt. In her room she sees glimpses of what could become her future, that of a successful career woman who dies a virgin. Just like her aunt's drawer full of fabulous lingerie and underwear, never to grace the sights of a man to share her life with. This epiphany of hers brings about a resolve to finally find someone to fall in love with for the first time. And with it comes droves of suitors of all shapes and sizes, from a rich playboy, a nerdy genius, a bank manager to a self proclaimed "love expert" Lucas who seems to have ulterior motives behind his pursuit of Miu. She needs to rely on her three close and romantically experienced friends to find her way out of this labyrinth. Yet these three "consultants of love" seem to have hit rough patches of their own.

Miu's cousin Donut seems to only attract and take interest in mature men, until she finds herself hotly pursued by the son of her current boyfriend. Donut's loyal client CC works at a night club and has seen it all and conquered all types of men. She flexes her skills in bed but knows better than to use real feelings with any of her johns, until sweet and unassuming Eugene shows up and gets her to fall madly in love. Miu and Donut's neighbor Celine is a stewardess. She has a rich and kind boyfriend and is very close to her lifelong goal of marrying into a wealthy and famous family. But her world is shaken up by the appearance of a poor but sincere suitor, forcing her to try out on making him her "kept man."

As it turns out, Miu's pure and unadulterated views on love gives Lucas a reason to devote himself into landing her the perfect man --- himself. Donut decides she doesn't want to break up someone's family and seeks love elsewhere with another mature man. CC learns that love is blind the painful way, by losing everything she owned, including her unexpectedly romantic heart to a clever thief -- her seemingly kind-hearted new boyfriend. And while Celine's dreams of marrying rich remains firm, she has switched gears and will stick by and wait for her poor lover's career to blossom one day.

Ki Nov 17 2008 12:44 am La Lingerie is simply a romantic-comedy done right. Yes there’s cheeseball moments, the characters can get excessively superficial and the film itself screams out blatant commercialism, but on the flip-side you have four bright actresses that are incredibly delightful and male actors that run the gamut from model-esque to pure dweebiness. With this you also have the running theme of “lingerie” and what it means to women, but fear not if you cringe at the thought of a philosophical Hong Kong commercial film. The lingerie theme is simply a prop to show Hong Kong city life filtered through a “Sex and the City” like viewpoint. However scary that sounds the guys and gals in La Lingerie will win you over by its conclusion.

Miu’s spinster aunt recently passes away and leaves Miu with her fully furnished apartment. She moves in with best friend Donut. These two friends are surprised to find the deceased aunt was an avid collector of lingerie.

Meanwhile, Miu is a wanna-be fashion designer and applies for a position at a top notch Hong Kong lingerie company. Unfortunately, before she can work as a designer, her boss assigns her the position of “lingerie researcher” - to better understand what lingerie means to the modern day women. A male co-worker named Lucas, notorious for hitting on younger employees, takes interest in Miu, even more so when he discovers that she is a virgin.

Donut works at the trendy lingerie shop the girls all frequent and also has a fetish for older men. She then finds herself smitten with a married pharmacist who enters her shop.

Meanwhile, Miu & Donut’s neighbor Celine is an airline stewardess. Her goal is to marry a wealthy man, but finds that she is attracted to a part time police officer.

Finally, CC works as bar hostess and encounters a naive Harvard grad who acts like none of her other customers.

With all of these parallel storylines, “La Lingerie” supplies a constant stream of cute moments that allows each of the main actresses to shine in their respective roles. Stephy Tang delivers her most engaging performance ever, while Janice Man simply makes men drool. J.J. Jia plays the character with the most depth and she does so with aplomb. She’s also the only one of the four main actresses to actually appear in lingerie. Yee Tong’s airline stewardess character was the weakest of the bunch, but her romantic interest (Tien You Chui) was able to portray his character with enough charm that you could easily overlook the weakness of Yee Tong’s character.

Storywise, Janice Man’s romance with the older pharmacist offered the most amusing moments, none more so than when she hitched up with the pharmacist’s son for revenge. You could easily argue that this sub-plot needed more screen time, as it delivered the funniest moments, but as they say sometimes in show business “leave em wanting more.”

There’s nothing deep about “La Lingerie” which is A-OK with me when it involves such a delightfully fluffy storyline. Sure you can fault the movie for running 10-15 minutes too long or the materialistic nature of all its character, but at the end of the day, you’re left with all smiles from the general likability of all the characters and the amusing moments they find themselves in. Furthermore, it felt like a breath of fresh air to watch an Asian movie not switch gears 50% into the film and morph into an entirely different type of film. “La Lingerie” knows its origins as a classic romantic-comedy and thankfully it stays there.