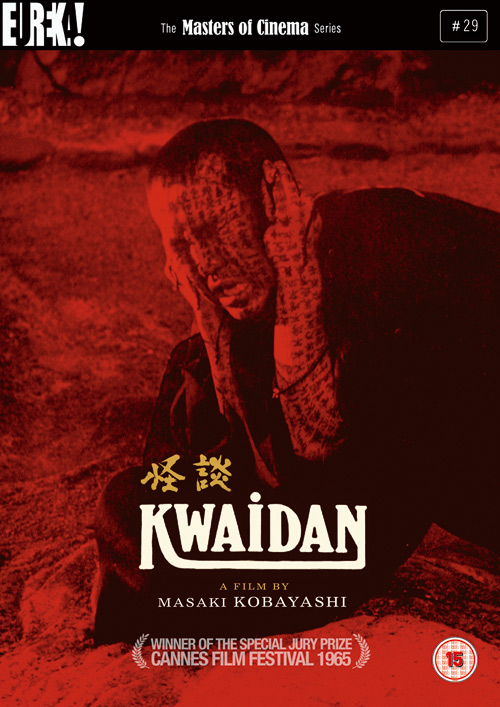 Winner of the Special Jury Prize at Cannes, Kwaidan features four nightmarish tales adapted from Lafcadio Hearn’s classic Japanese ghost stories. For this lavish, ‘scope production, Kobayashi drew extensively on his own training as a student of painting and the fine arts. Indeed, the breadth of the film’s poetic expression is unmatched in all of Japanese cinema: breathtakingly photographed on handpainted sets, the film is at once a miniature writ large, and an abstract wash of luminescent colours that seem to hail from another world. On the soundtrack, an electronic score by avant-garde composer Toru Takemitsu plays hauntingly with the natural sounds — crickets, rain, the cracking of wood, the loud silence of snow. This interaction of the film’s plastic and aural textures with the simple, aching humanity of Hearn’s tales serves to accentuate the power of the storytelling: four episodes about mortals caught up in forces beyond their comprehension — when the supernatural world intervenes in their lives. Perhaps the definitive adaptation of Hearn’s work, Kwaidan also presents the author’s most emblematic tale — “Hoichi, the Earless”, in which a blind young monk journeys every night to an abandoned graveyard, compelled by the ghosts of a famous battle to retell their story, over and over again…