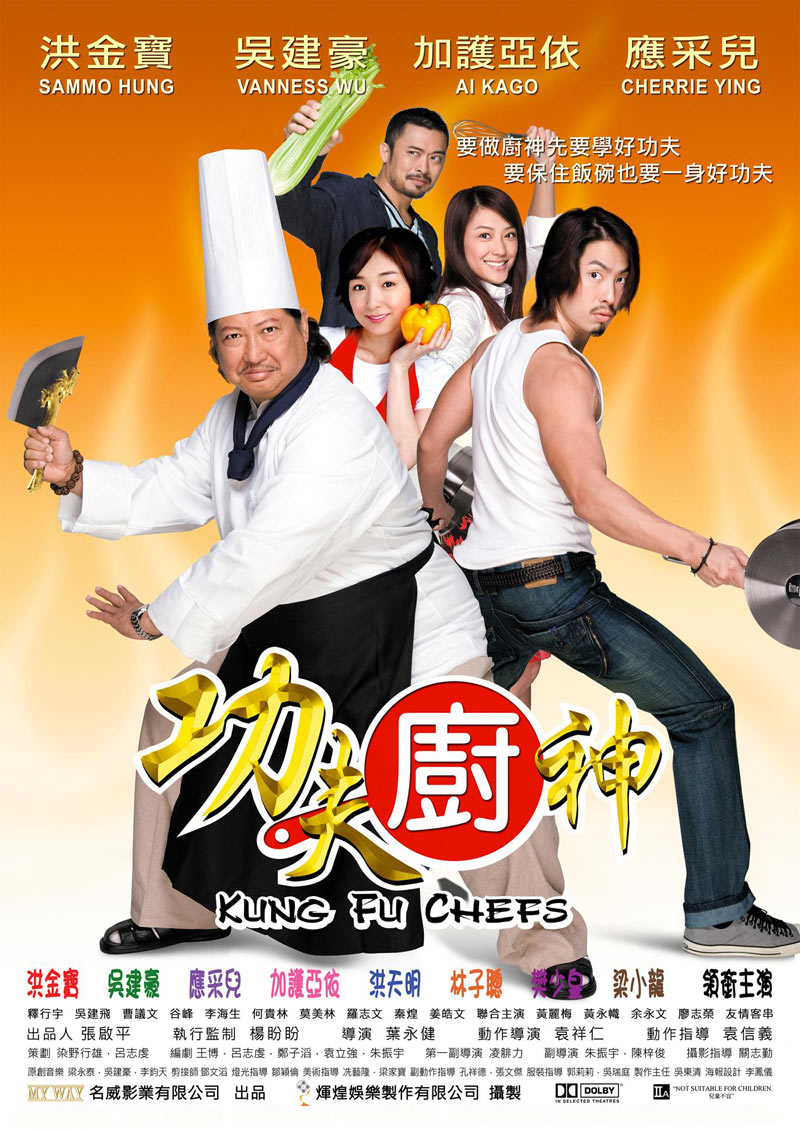 Jo had kept hatred in his heart for a very long time and did what he could to oust his uncle Wong Bing-Yi (Sammo Hung) from the village and to claim the rights to the “Dragon-Head Cleaver”, a symbol of power to the clan. As Wong Bing-Yi was forced out of the village, he encountered Shen Qing (Cherrie Ying) by chance and is determined to help her during the troubled times at her restaurant “Four Seas”.

At the day of the finals, Wong Bing-Yi and Jo met privately to try to resolve their problems. Lung shined by overcoming many obstacles and preparing a dish called “Fresh Water Bak-Choy” just as his master, Wong Bing-Yi had taught him. However, the head judge has been bribed by “Imperial Palace” and he is also the master of Chef Tin. Who will finally win the title of “Top Chef”? Can the “Kung Fu Chefs” finally win over the hearts of many?

^KE^ May 15 2011 3:20 am same with Eko i think it's a movie from 80's because the quality is very bad.the story is also very old when i see vaness i think it's maybe vaness movie before he join Meteor Garden.but i really surprise this film just produced 2 years ago. even titanic in 1997 or anna and the king in 1999 is better