Kujira no Shima no Wasuremono 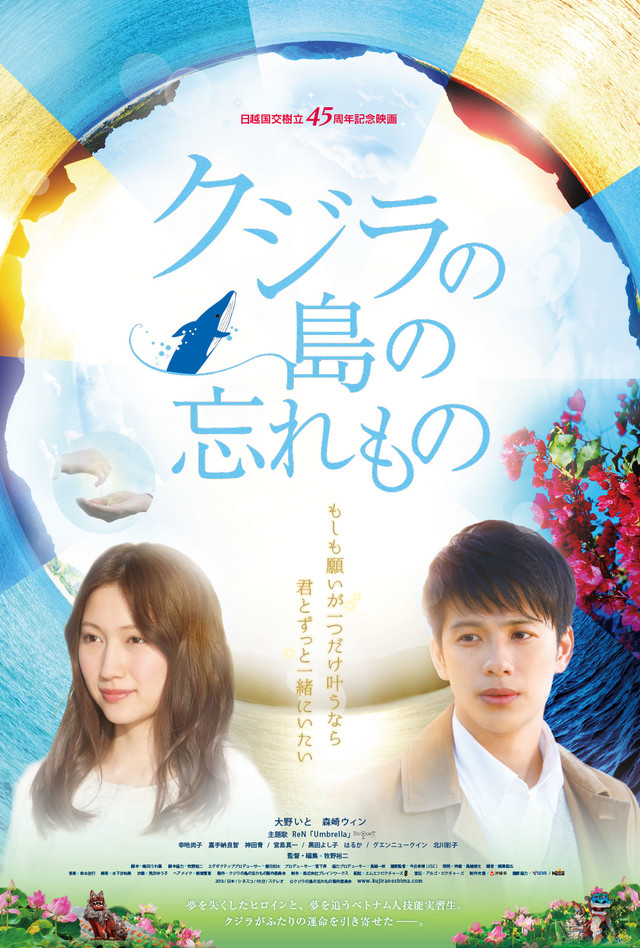 Aimi (Ito Ono) lost her mother during the Kyoto earthquake in 1995 and became an orphan. She movied to Okinawa to see whale's jumping out of the water again. She has memories of watching the whales with her mother. She is now tired of living and doesn't have much hope. She also can't see the whales jump. During this time, she meets a young Vietnamese man, Koa Guen (Win Morisaki). He came to Okinawa to receive training at an IT company. Aimi is moved by Koa Guen who misses his hometown and has passion for his work. Aimi comes to face her life and develops feelings for Koa Guen.

Julie Jan 20 2017 3:48 pm Oh my gosh, it's Win! Yay PrizmaX! I cannot wait till next year to see this, I hope the movie turns out great because the summary sounds pretty good!