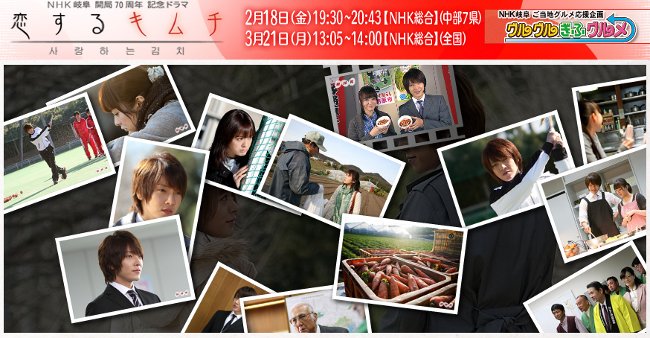 Minori's boss then asks her opinion on letting people know about the city. Minori thinks of the Korean dish kim-chi. Her boss likes the idea and puts in an order to develop Kakamigahara brand of kim-chi. For the project, they have exchange worker Won-Joon (Yoon Hak) from Chuncheon help with the project. But Won-Joon is initially negative about the project and members of the kim-chi research group are also against the project.