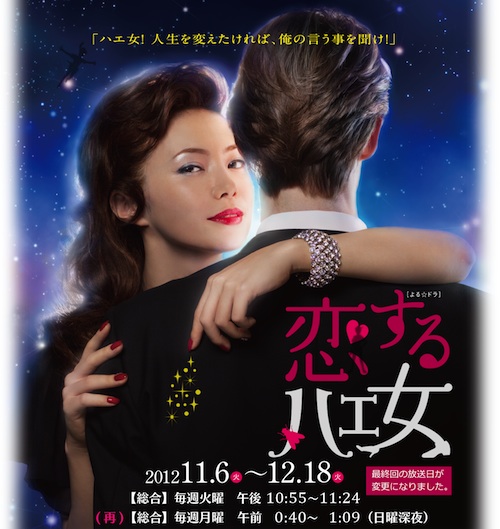 Emi Komori (Rie Mimura) is an ordinary elementary school teacher in Nagoya. Emi is then accused of treating her students as "stupids," while preparing a school play. Exacerbating her troubles, Emi's fiance and fellow teacher Seiya Takagi (Daijiro Kawaoka) wants to break off their relationship. Emi goes online as usual and writes about how terrible she feels. One day, she receives a reply from a mysterious man (Toshio Kakei). The mysterious guy seems to know everything about Emi, which frightens Emi. She turns to Takagi for help, but finds Takagi dating Arisa (Rika Izumi).

Because of what happened with her students, Emi has to take a one month break from her job. When she gets to her apartment, she receives a phone call from the mysterious man. The mysterious man introduces himself as Shuji Yaegashi, who works in the Cabinet Intelligence and Research Office.