Kiss Me at the Stroke of Midnight 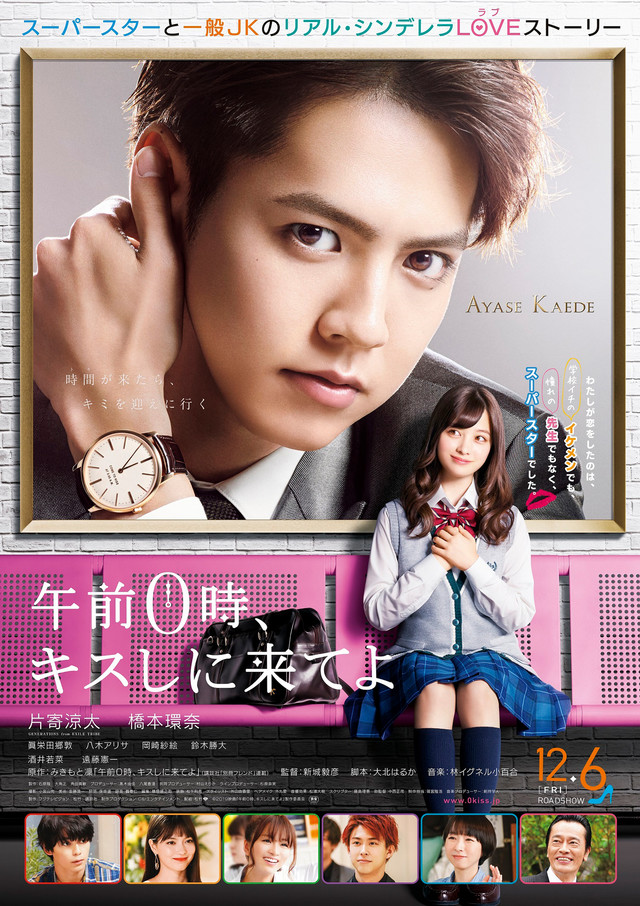 Hinana (Kanna Hashimoto) is a sincere high school student with good grades. She appears to be uninterested in romance, but she actually dreams of having romance with a handsome man. One day, top star Kaede (Ryota Katayose) comes to Hinana's high school to shoot a film. She notices that Kaede stares at the female students' butts. While Hinana takes part in the filming, she becomes attracted to Kaede who shows a natural and tender side. Kaede also becomes attracted to her due to her sincere and honest personality.

Meanwhile, Akira (Gordon Maeda) is Hinana's childhood friend and he holds feeling for her. Akira declares to Kaede that he likes Hinana.

scr888 no turnover Sep 13 2020 8:15 pm If yoou would like to grow your familiarity jusst keep visiting this site annd be updated with the newest information posted here.

Pibi Jul 19 2019 11:39 pm im pretty excited. Im excited on how theyll portray each character... Kenichi Endo is quite perfect for manager-san role XD I've seen him act in so many dramas and movies, he's really a great actor.

kagurachi May 05 2019 10:16 am So happy that I’m not the only one who’s craving for a Ryo x Hanna movie. Anyways, Kanna-chan is finally getting all the roles she deserves, can’t wait!

Maninder Kaur Apr 19 2019 7:07 am I'm pinching myself, because this is my most most most favorite manga. Though the chapters in English are still incompleted. But I re-read this manga whenever I get want to read something light yet intriguing. Kaede is my most favorite Manga Male Lead. I hope they doesn't make big changes. I wish it turn into drama series as well. But I'm still so much excited that it's turning into movie. I'm liking the star cast!! I'm overly eagerly looking forward to this movie ❤❤❤

randomperson Apr 19 2019 4:45 am Kanna!!! but I don't really like the male lead...but whatever I'm gonna watch it anyway. (also hope for project for Ryo and Kanna lol)