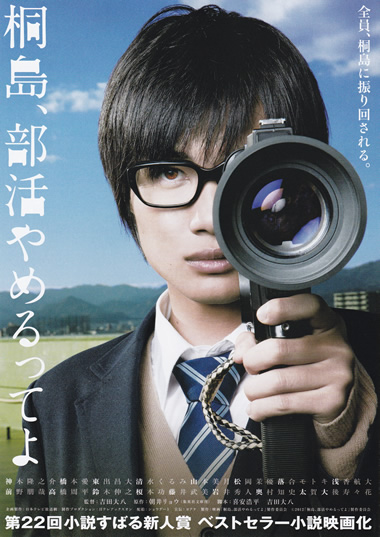 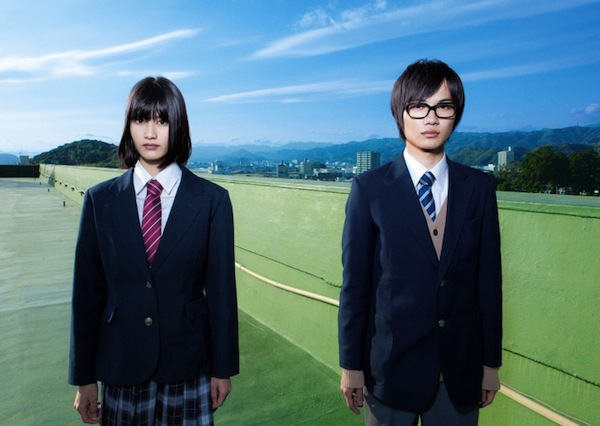 Pondloso Sep 25 2014 5:29 am This movie all great but the ending just so disappoint for me spoiler warning!! i understand what movie want to tell and i like it very much until ending because it not go along with story at all and Ai Hashimoto is most mystery character she just fear too accept that she love a geek and she just pretend to love that flashy guy cuz she boring or something for me.

over all this movie really great except ending and i understand

it will be cool but it totally let down ending.

Carlos Aug 21 2013 3:35 pm This movie was really well done, top notch storytelling and great acting. i was actually surprised of how much I liked the film.

Molybdenum Studios Jul 23 2013 5:19 am I watched this film just because of Suzuka Ohgo, but most of the actors here are great! Masahiro Higashide and Ryunosuke Kamiki portrayed their roles in a manner that people will read between the lines.

The movie is like a cross between indie and mainstream motion pictures, and the plot/story is again, an interaction between fiction and reality at the same time.

Faisal Jun 26 2013 7:37 am I agree with some arguments posted before. Acting was great, but still i can get the story from the first watch. The story i get is (spoiler warning) there is Kirishima, he is the Libero of the Volleyball club and he is missing for unknown reason. His missing affecting so many people around the club, except the Film Club. So the conflict started. In the last scene Kirishima is spotted on the School's roof. Many student who concern with Kirishima go to the roof and they just found some student from Film Club making some zombie movie. The Film Club take the blame and the Zombie apocalypse is started. The Apocalypse stopped when accidentally the leader of Film Club drop the camera. In the very last, the other student back to their club, except for hiroki. Hiroki talking with Ryoya, after that Hiroki start crying then leave the building. In the end,the title the film that made by the Film Club is Kirishima Said We Should Stop The Clubs and Live our Lives. So the conclusion is, i think, to Film want to tell us not to get too addicted with Schools Club, you must care with your social life. But still i can not linking the whole story between one perspective to the other.

Mai Apr 10 2013 2:30 am This movie is unique and not your typical high teen melo-drama type. The high school life focused here is from the view point of a number of students and the acting is more natural than showing off! The movie adds unique type of sequential filmography which I have never seen in other movies before. As this is not your regular teen movie and more realistic and tells the true story of life; the movie itself is a challenge to attract many general viewers attention. So you might hear some people complaining at times. If you are ok into a Not so regular 'happy-sad-romantic-the end' typo story and want to experience something more realistic and thoughtful then go ahead and watch it! For me it's a masterpiece which makes you realize many aspects of life. Ofcours the movie has potential or else wouldn't have got so many awards and nominations!

Hidders Apr 03 2013 1:12 am Finally got to watch the long awaited "The Kirishima Thing" (Kirishima, Bukatsu Yamerutteyo) and have got to say I'm horribly disappointed. The acting in it was great and the filmography was great, the only thing I found lacking was the story. The plot description doesn't really fit with the movie's actual plot. It starts off as one of those view-point films that show the same day over and over from different people's POVs (which I hate). After the first day day (Friday) it moves more normally, bouncing from character-to-character as the story progresses, except the last day, it does one more rewind scene just before it closes out.

l-o-n-g SPOILERS: The title "Kirishima, Bukatsu Yamerutteyo" is suppose to translate into something like "Kirishima said we should stop the clubs and live our lives". Which makes sense, clubs tend to become a child's identity and doesn't really do any good after the person leaves high school. When the movie starts we don't really have any idea what is going on, all we get is that Kirishima (popular boy on the volleyball team) is absent on Friday and all the 'popular' kids are bothered by it. Kirishima's absence really has nothing do do with Kamiki's character but for some reason we're following him quite regularly. Romantic relationships are hinted at in the film very often but none of them seem very definite, they turned into a huge waste of time. Maybe that's some kind of artsy way at showing a teenager's psyche. So moving past the bulk of the film, we never truly find out what's going one with Kirishima. Hell, we only see him twice the whole film, once from far away and the second time we only see his back. The film is closed with 「 桐島、部活やめるってよ 」, "Kirishima said we should stop the clubs and live our lives". As we know by the end, Kirishima quit volleyball but he also quit school. Which makes no sense.

Bottom line: NOTHING gets resolved. The question we have throughout the film doesn't really get answered. It was a boring watch for me, but things might have been different if the subtitles were more exact and wordy. The movie just didn't make any sense. I kind of wish this had been a drama instead and followed one character an episode. Maybe then I'd be able to grasp what this was suppose to be about.

nora Mar 15 2013 6:49 pm great movie i liked it alot it is filled with emotions but not in a melodramatic way don't know how to describe it but it touched me deeply ! i found the last scene with hiroki particularly poignant ! the performance of masahiro higashide was particularly impressive ! i was surprides to learn that he is a newcomer !

junpei mizocendol Mar 09 2013 12:45 am A bit overstretched in terms of story telling and character ranges, otherwise the movie is still a good one. You'll get lost if you do not pay enough attention into it. There are many sub-plots, such as the tale of 4 girls, the volleyball team (whose Kirishima belong to), Kikuchi and his two friends, the trombone girl, and of course, the movie club. All of them in around 1,5 hours. What makes this movie good are cinematography, directing, script. But the highlight of the show are the young actors. Some has established themselves since very young, and some others were no-names who had just begun their career. Yet, they are so damn good, either as individual and corporate. However, it's no surprise to see this show grabs a number of award