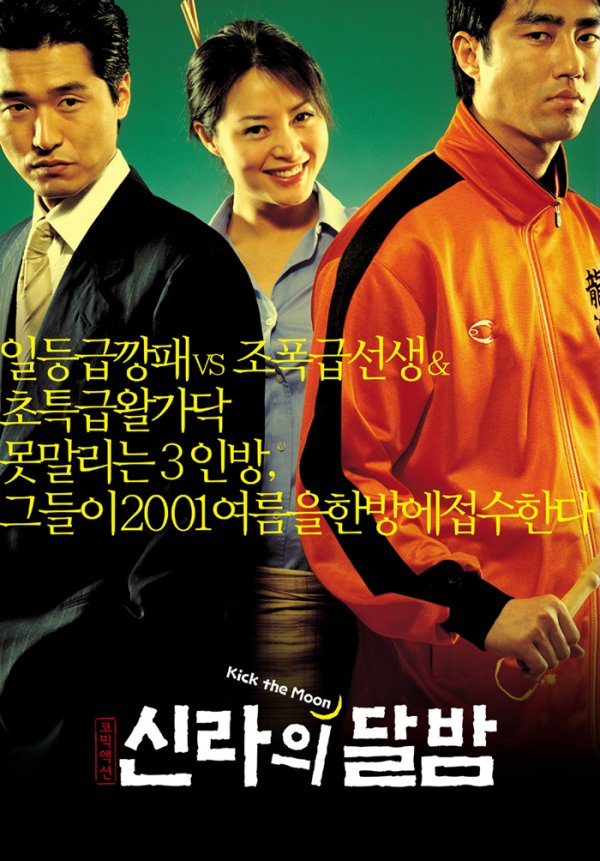 Ten years ago, a legendary fighter named Choi Gi-dong and a timid straight-A student named Park Young-joon leave for a high school field trip to Gyeongju city. But during their journey, fate befalls on them as they experience an unforgettable incident that would change the course of their lives.

One night during a school gala, Gi-dong leads his entire school to a huge brawl against a local gang while Young-joon chickens out and stays behind at the party by himself. The streets turn out to be a battlefield with blood gushing, heads bashing and bones breaking, but the gruesome fight nonetheless becomes history in the making. Gi-dong becomes admired for his brevity, while Young-joon gets ostracized for his fear.

Ten years later, Gi-dong and Young-joon coincidently meet each other at a club in Gyeongju. Surprisingly, Young-joon turns out to be a big time gangster while Gi-dong becomes a daunting phys ed teacher who transferred to a high school in Gyeongju. They feel glad about their unexpected reunion, but the mood gets tense as they rekindle old yet not-so-fond memories.

Before they bid farewell, both Gi-dong and Young-joon suddenly find a pretty damsel named Ju-ran in distress. In an instant, they fall headlong in love with her as Ju-ran's gleeful smile sweeps them off their feet.

Gi-dong makes his claim on Ju-ran, but Young-joon calls it a fair game. Young-joon planned to make his trip to Gyeongju a short visit, but he extends his stay to win Ju-ran's heart and to get back at Gi-dong for old time's sake. Gi-dong gets infuriated over Young-joon's decision since he won't listen to him like the good old days. Even though fighting over Ju-ran becomes a grueling test to their friendship, the situation gets worse when they practically get the whole city involved. It's a fight to the finish to win one girl's heart, even if it takes a few bones to break.