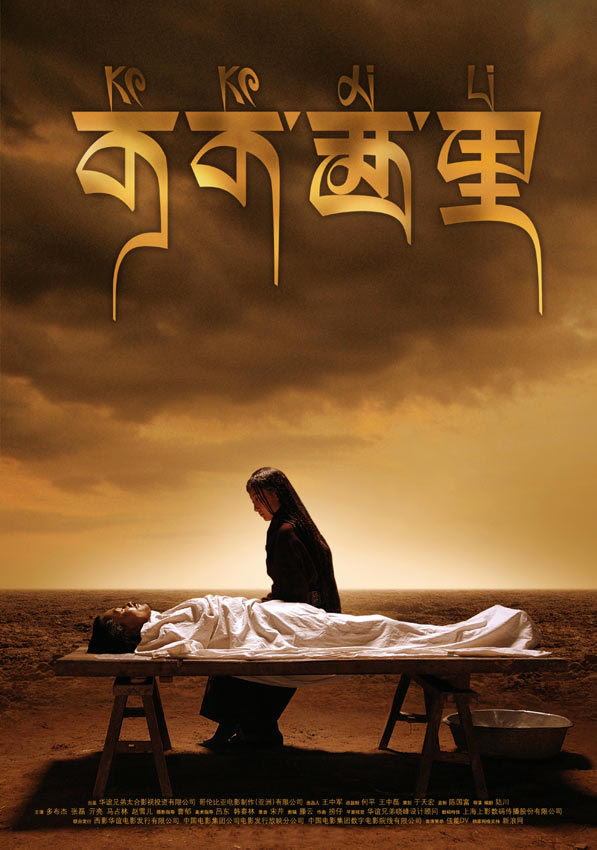 Kekexili, the largest animal reserve in China, is home to many rare species, including the Tibetan antelope. Prized for its skin that is used in making luxurious, albeit illegal, shahtoosh scarves, the antelope’s numbers have been dwindling drastically in the past 20 years as poachers slaughter the animals, often hundreds at a time. In the 1990s local Tibetans formed a volunteer patrol to try to stop the illegal poaching—sometimes at the cost of their own lives. MOUNTAIN PATROL: KEKEXILI chronicles the life-and-death struggle between these volunteers and the poachers, and takes place in the 5,000-meter (3.1-mile) high Kekexili on the Qinghai-Tibetan Plateau.

Photographer Ga Yu arrives at the camp of the Kekexili patrolmen just as they are mourning the death of one of their members. Their leader, Ri Tai, is at first suspicious about Ga Yu’s presence, but when the photographer suggests that his work can help bring about their goal of creating a natural reserve for the Tibetan antelope, Ri Tai allows him to join the patrol.

After an evening of song and feasting where Ga Yu witnesses the strong brotherly bond between the patrolmen, he is awakened very early the next day. As the men pack their guns and supplies, Ri Tai tells him they are heading for the mountains. Ga Yu witnesses the heartfelt and tearful good-byes of the family members and begins to wonder what is in store for them, seeing a mixture of fear and sorrow in their relatives’ eyes as they depart.

The patrol enters the bleakly beautiful landscape that seems to stretch for miles without end—barren tundra like the surface of the moon. They stop a truck to check its cargo, and Ri Tai tells Ga Yu that the Mountain Patrolmen only have the authority to stop, confiscate and fine but not to arrest anyone. They drive on to meet up with another border patrol team at the base camp and although there is sadness about the recent death of a member, Ga Yu is struck by the natural joy for life that the patrolmen have.

In stark contrast, the following day, Ga Yu witnesses a scene of death as the patrolmen find a field of hundreds of antelope carcasses near a lake, some still being picked apart by vultures. They find two men still at the lake and force them to help bury the remains. Ri Tai informs Ga Yu that the patrolmen bury 10,000 antelope a year. A prayer is said as they burn the remains with the same respect shown to one of their own.

As the patrol proceeds, driving swiftly across the rough terrain, a gunshot is fired and one of the patrol trucks swerves off the road. The driver is dead and Ga Yu is suddenly face-to-face with the dangerous reality of their situation. Ri Tai vows to track down the killers.