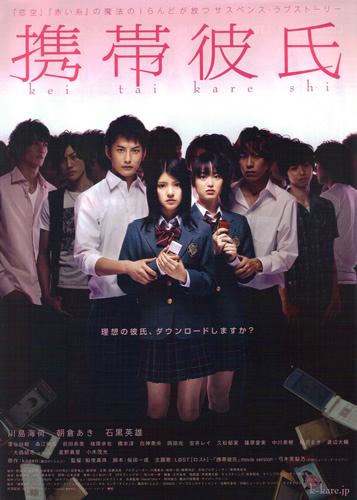 High school student Ayumi kills herself and leaves behind a cryptic message that says “will be killed by boyfriend.” Ayumi’s classmates Satomi (Umika Kawashima) and Yuka (Aki Asakura) investigates her suicide and quickly links her death to a cellphone dating simulation game called “Keitai Kareshi.” The game distributed by popular mobile gaming site “I-Scream” allows players to pick avatars and exchange messages with the “moile Bf’s” . A love gauge determines how well the player is faring.

Satomi then downloads cellphone boyfriend Riku, which she got from Ayumi’s phone. Her co-worker Eri downloads Riku onto her cellphone. Soon after, Eri dies from electrocution – not long after the love gauge on her cellphone hit 100. Yuka also downloaded cellphone boyfriend Masaya, which soon after, knowing that he was going to kill her soon, sends to her manager Ishikawa. The next day, Ishikawa dies from a mysterious accident. The mystery deepens as Satomi discovers the image of Naoto (Hideo Ishiguro), a senior student whom Satomi secretly admired, on her friend Hisami’s cellphone… 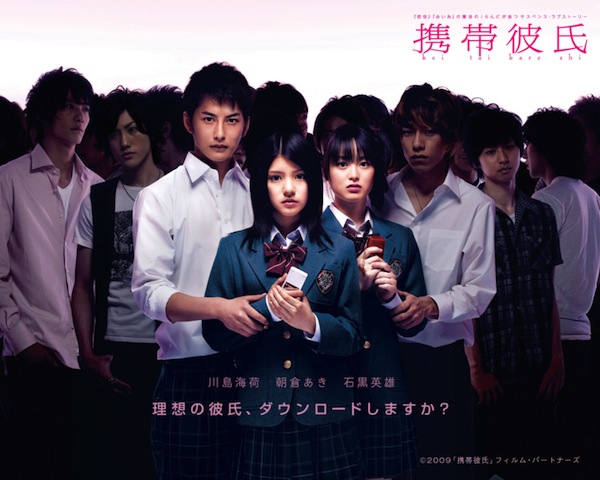 PsychoticHatter May 18 2014 9:22 pm I'll rephrase what I put up earlier Motoki Ochiai may have played Masatomi. I really have no clue, but I want to know who plays each of the Kareshi's.

PsychoticHatter Mar 02 2014 12:24 am Hime, http://asianwiki.com/Motoki_Ochiai I think that's the guy who plays Yuuji. As for Masatomi I have no clue.

エリカ Jul 28 2013 1:46 pm Lots of people say it's a bad movie, but I really liked it. The plot of it wasn't bad, and it doesn't need lots of suspense and gore to make it a good horror movie. Some might disagree, but I think it was pretty fun to watch. （＾ｖ＾）

rumiko Dec 08 2011 12:00 am does anybody know who is the actor playing masaya? as the first keitai kareshi of yuka?