The Lion Standing in the Wind 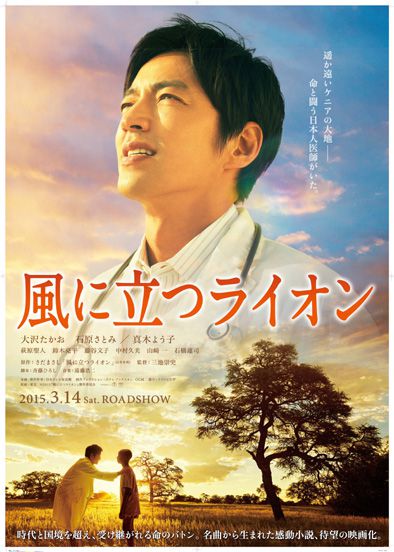 Koichiro Shimada (Takao Osawa) is sent to a research facility in Kenya, Africa by a teaching hospital in Japan. He encounters a desperate situation and decides to work there as a doctor, treating patients hurt in battles. He struggles with nurses and colleagues at the hospital. Koichiro Shimada then encounters a boy soldier severely wounded mentally. This changes Koichiro Shimada’s fate. 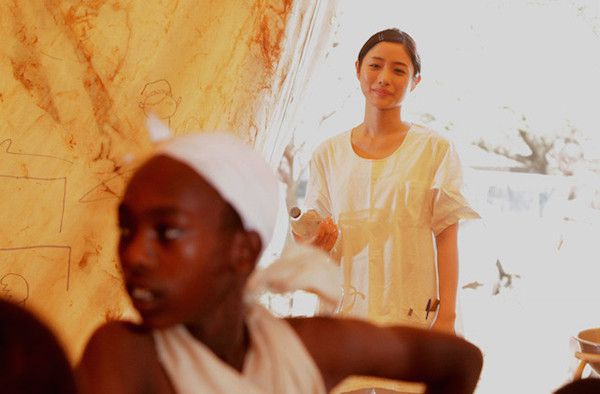 Thaddeus chua divinagracia Sep 12 2020 11:39 am Really a good movie..seeing the plight of the child soldiers and the struggle of the Dictors and nurses to treat the impoverish people in Africa..i was in tears ?

samachar Oct 25 2016 3:54 am such a great and inspiring movie...and the amazing casts.I could feel every moment and could not stop crying at the ending song...so touching .very meanigful...thank Japan

NewKDramaAddict Oct 22 2016 4:30 pm Simply inspiring!! A very good movie!! Definitely a testament to a man who gave service to humankind!

Jo Burt Oct 26 2015 10:55 am This was such an inspirational movie. Is there somewhere we can purchase this with the English subtitles. I would love to find the English interpretation to the song at the end. I did listen to Sada Mashashi's rendition with the orchestra and it was beautiful. It seems that most of us were able to watch this while on flights. It is such a great story that it needs to be promoted in other places as well.

Bunny Charles H (India) Jun 27 2015 10:41 am I cannot say how moving and inspiring this movie has been. The song at the end and closing with Amazing Grace is overwhelming. Such a beautiful end. I could not hold my tears back on the flight from Abu Dhabi to Rome.

Thank you for even making the movie. And thank you Lord Jesus for your words are always in time!

Alan Smith Jun 12 2015 2:54 am A fantastic movie, well made, good acting, great story. It is in Japanese with English subtitles. The Japaneseness of itself makes it special, so reading sub titles is not an issue.

Margaret Winter Jun 08 2015 3:00 pm One of the most moving films I have ever watched. Thank you! I watched it onboard a British Airways flight. It was in English with Japanese subtitles, luckily for me! I know Africa well. Difficult subject matter beautifully told in an amazing love story. Wish I could see it again but it's not available on iTunes or Netflix.

John Bostrom Mar 24 2015 11:25 pm Just watched on Monday. Came home with my wife and listened to Sada Masashi's song Lion standing against the wind and could not stop crying. This movie could not have come at a better time as we all mourn the death of GOTO san who was killed by ISIS. This movie has nothing to do with Goto san but it depicts the hearts of Japanese who are willing to go and stand with those who are suffering in the world. The song really speaks strongly to Japan to wake up and quit thinking just about yourself and your joy of the moment that will soon disappear.