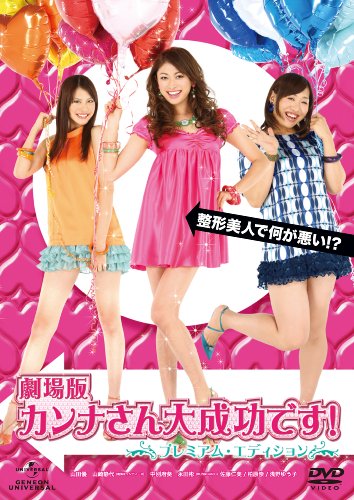 Kanna is extremely beautiful. No one could pass by without having a second look. The truth is, she was so ugly that she spent her entire savings on whole-body plastic surgery. Since she became beautiful, Kanna has been leading the happiest life, until someone shows up to reveal her makeover.

pyor Feb 08 2011 11:25 pm It was a very geniusly hilarious movies!!!!! LOVE it! Rolling on the floor laughing a looooottt! I love Yamada's performance!!! Supeerrrrb!