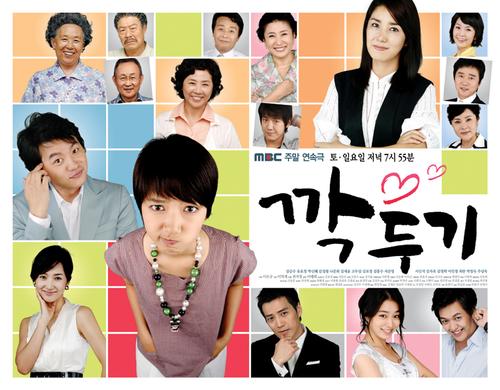 There are three main characters in the drama who are tied together through their past and present relationships. Jung Dong-jin (Kim Seung-Su), the leading male character, is a network director and a single dad who has a daughter named Da-som. He develops a close relationship with 'Yoo Eun-ho (Yoo Ho-Jeong), a widow who works as a scriptwriter for a radio program. But when his ex-wife, Seo Ji-hae (Kim Bo-Kyeong), a TV host, appears in his life again after she returns from her studies abroad, the three people get involved in an awkward relationship. The families of all three people also know each other. Then Jang Sa-ya (Park Shin-Hye) enters the picture and the situation gets more complicated...

Luckysinz May 22 2020 4:06 am Tried to challege myself watch all Park Shin Hye drama. Not gonna lie, but Kimcheed radish cubes will be so interesting. Never thought 44 episode soap opera will be this good, such a heartwarming story. Once I watch it, I Really love this!!

Rebecca Jan 18 2018 10:54 pm Found out its a comedy drama. It could be highly recommended; but I'm not sure if u would like it if ur a fantasy or romance drama type. Just Advice

Anush Oct 12 2015 1:43 am Very nice drama, i liked it very-very much. The actors are great, but the Main actors are SUPER GREAT - Park Shin Hye and Joo Sang Wook.

Connie Feb 12 2015 4:18 am I love the story of this drama especially the love story of Park Shin Hye and Joo Sang Wook... Inspite of their age difference, of 12 years, they look good together and acted the character realistically. I hope to see them together again in another love story.

MJ Apr 07 2012 12:14 pm Aigoo. I cannot express in words how much I love this drama! Its the best I've seen and its made in 07-09'! The acting is amazing, and theres so much laughter and sadness all beautifully distributed in all the 44 episodes. All the characters were played out so realistically. I definitely recommend! <3