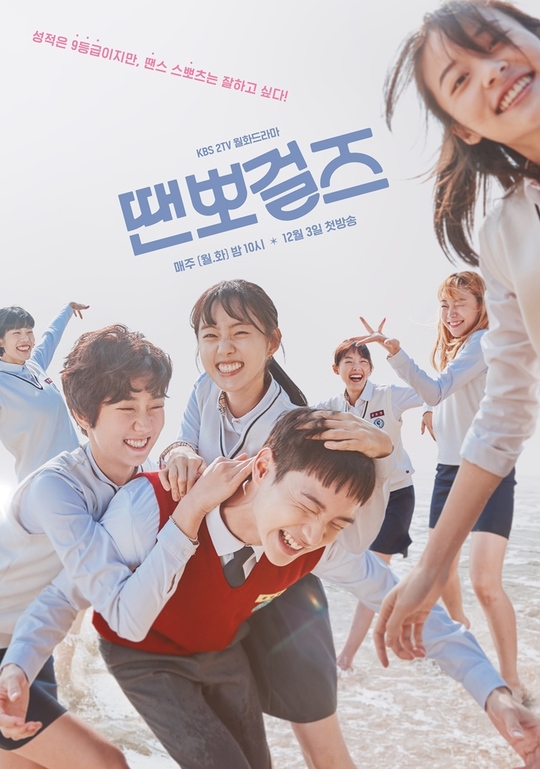 Set in Geoje, South Gyeongsang Province, South Korea where the city's major industry is shipbuilding. The shipbuilding industry there is in decline.

A Jun 11 2020 8:17 pm One of the most underrated dramas ever. I've never cried while watching a show or movie, and this drama changed that. The story is super relatable, heartbreaking, yet funny and enjoyable at the same time. Will forever be one of my favorite dramas! 100000/10.

BANDIT VON JAVA Jan 21 2020 4:36 am Jang Dongyoon...OMG, what an amazing actor! N he's relatively a newbie in this profession, so he could only get better. I love him after watching School 2017 n If We Were A Season, but now I'm an ardent fan. I keep going back to the scene where he dressed up as a girl to participate in the dance competition. They waxed his arms n legs, put a bra n ridiculous amount of make-up on him, and dressed him up as a girl, but... He clinched the scene. What a beautiful person inside n out ?????

hyunlady Sep 01 2019 6:24 am TODAY TMI: taesun oppa and donghee teacher is younger than all those students (only older than youngji the girl from ateen) Whats wrong with casting team.. I knew it both look cutie and has sunbae vibe but isnt it so weird. Shieun unnie even 11 years older than the teacher irl..

Akshi Jan 14 2019 12:01 am Love this drama so much! It’s very heart warming and touching. Park Se Wan and Jang dong Yoon have amazing chemistry. The plot is so relatable to high schoolers as it talks abt life and relationships with friends and family as well. Highly recommended d. I cried so much watching this. The Osts are amazing too!!!❤️❤️

peonyp Jan 05 2019 2:04 pm Quick review if you're wondering whether or not you should watch it : I'd say if you have nothing else to do, it's not a terrible way to pass some time.

But I was very frustrated by this drama. Throughout I felt like there were missing parts like they had to cut a lot when the edited it. Some parts are difficult to get because of that. I'm wondering if the production was cut short... It feels like it was written as a 16h drama but only made it into an 8h drama.

This said, it has some good points : acting is very good, the characters are endearing, it's prettily shot and there are some very nice scenes to watch. It was touching although confusing, that's why I was frustrated. I think it could have been much better !!

I wish they had focused a lot more on the dancesport club and the girls' relationships, as it was set up to be in the first episodes. Instead we had a Shi Eun centered story (which I don't really mind because she's an interesting character) and some Hye Jin and that was it. It's frustrating because the other girls have great stories too and I wanted to see more of that. Their stories were barely told at all.

As the drama progressed, the romance took a lot of space and created some drama, which again I don't mind but to me the romance wasn't that interesting. Both Shi Eun and Seung Chan are interesting characters but their couple isn't really.

I also felt like a lot of characters were suddenly fleshed out and they relied on usual tropes to help the viewer make out the character (because they barely do it in the scenario). For instance, Mr. Lee was obviously central and very important to the story but that's a fact that I knew, not one that I saw onscreen.

And in the end they just gave a speedy conclusion throwing some universal truths here and there, which fitted the story but again, the scenario hadn't gone far enough to reach those points. It's like answering an essay question but in a few lines only.

This story had a lot of potential : friendship, coming of age, economy/class issues... I think they had the premices to make something really good but it never dug deep enough for that. And it always felt like something was missing.

Danniiikkkk Jan 04 2019 8:15 am Better plot than School 2017. They should have made this the School 201 instead. I like the reason Shieun mentioned why she wanted to make movies. OSTs are awesome too.

Bob Jan 02 2019 2:32 pm I just watched episode 8 and loved how the stroy has developed. It's so relatable...how youths fight to understand their lot in life and eventually accept who they are and how they can grow from there in spite of all their challenges. Also lovely to see the parent-child relationship and how the two generations begin to appreciate and trust each other. Disappointed in the low ratings just because there are no stars in this modest but great cast. And the artistic filming is yet another factor that makes this series a must watch.

Feb7777 Dec 31 2018 8:34 pm This drama is so close to reality, me myself as an undergraduate always feel the same thing right when i was in the highschool. A feeling to choose between play safe or give everything you got for your dream and still might be failed. I salute to this kind of korean drama that put romance vibes in the second place, not as a main storyline. Park se-wan & Jang dong yoon reunion from school 2017 gives this drama quick & well accepted feelings to everyone and it is a great move. Thanks for the drama.

Binsoyaaa Dec 26 2018 10:18 am This drama makes me smile and cry, even though it's short drama. My tears for this drama is so worth it thank you so much for making this drama. Great story line, slice of life and shows how friendship is important. I'll miss this and the whole cast 나는 정말 고마워. Watch this peeps highly recommended.

missjb Dec 25 2018 11:27 pm Tears my eyes. Thank you for such a beautiful drama. Thank you Park Hyun suk for working with Kwon Hye Ji for the second time! I think this is one of the best writers you are working with as a Primary PD. . Hope you will worl with her again... Fighting KBS!

Bubbk3 Dec 25 2018 10:32 pm I cried while watching this drama... Fyi i did not even cried watching goblin. I think bcuz it is so realistic. It shows perspective fromteenagers n adult. So this is one drama that is good for parents n children to watch n discuss.

A Dec 25 2018 10:19 pm Best Drama Ever. It has superb cinematography and back sound. It captures my heart, gives me this lingering heartwarming feeling. I relate to this drama a lot especially 2 years ago when I just graduated high school and didnt know what to do next. Kim shi eun is just like me, the difference is I give up on my dream because I failed getting into the course I wanted. It's okay tho. Kudos to all cast and crew who made this drama. It's very realistic and close to my heart. Thank You

kyungmin Dec 24 2018 8:32 am this drama deserves everything! the events are so realistic and all the actors capture their roles perfectly. idk why but this drama really is different from all the others, i hope it gets the ratings it deserves

Han Hyena Dec 18 2018 6:39 am Park Se Wan and Jang Dong Yoon succeeded to make a chemist as young couple properly. In episode 7-10 the plot is improving, but i'm afraid there will be a storm in the next episode :(

paperkites Dec 15 2018 10:14 pm This drama is like a dream, coming unexpected but give me a deep and long lasting feeling

Furlypink Dec 14 2018 6:34 am A must watch drama!! It gives a different vibes compared to other dramas

sk4 Dec 13 2018 8:05 am somehow i can relate with this drama so much. The struggles of a teenager and how it feels like nobody understand her situation.. I think the director n writer did a very good job portraying the whole thing. the main leads also have such good chemistry together, reminded me of my old time on having a crush with boy. I hope they keep the story realistic until the end. two tumbs up from me!!

dia Dec 13 2018 3:09 am im so disappointed by the ratings, this drama deserves all the love. its truly a hidden gem, so fun to watch, kinda feels like watching a slice of life and sports anime. love it. give it a try guys!