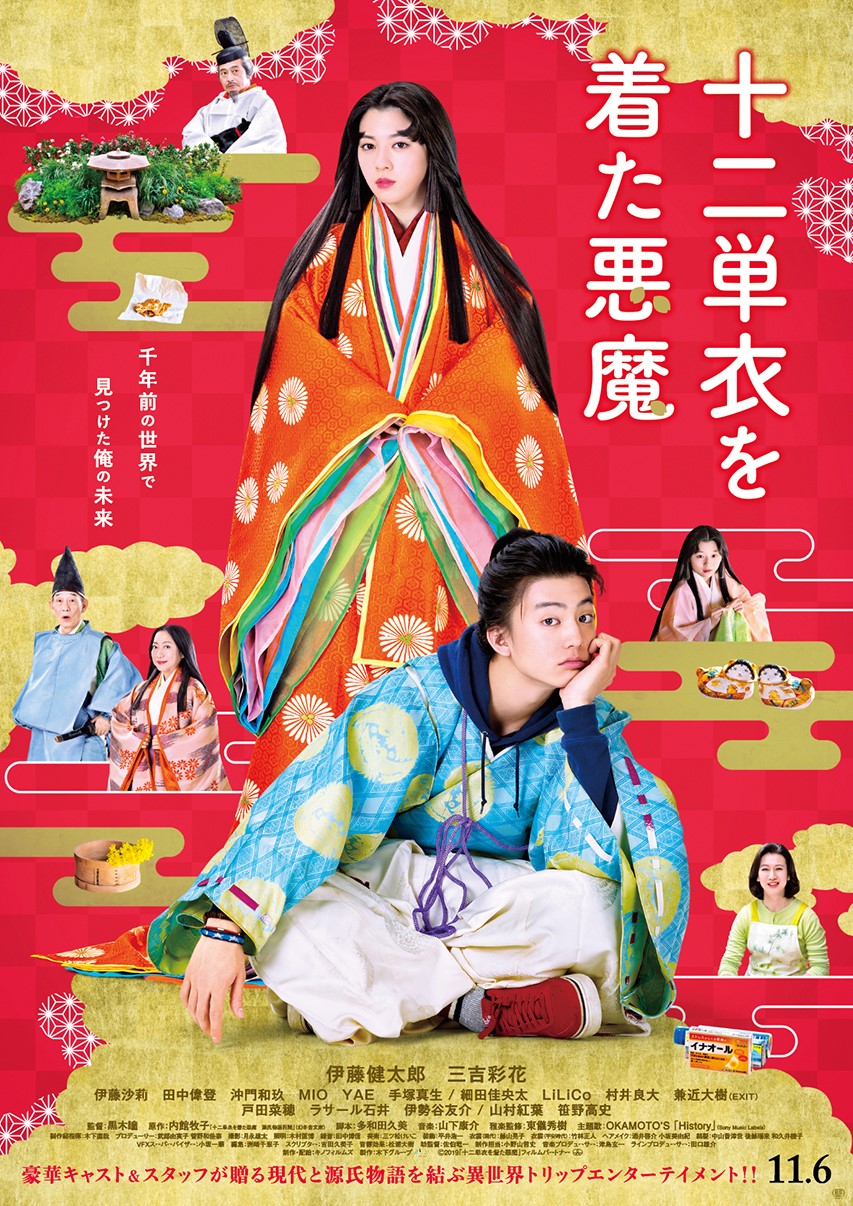 On the way back home, he hears that his younger brother has passed his medical school entrance exams. Rai decides to wander around his neighborhood, without going home. At that time, he sees a strange light and is sucked into the light. When he wakes up, Rai finds himself in the Heian period, which is the setting for the novel "The Tale of Genji." He learns about the Heian period from a pamphlet he picked up at the exhibition. He introduces himself as Onmyoji Raimei Ito. Thanks to a headache pill he has on him, he is hired as an onmyoji by the emperor’s wife Nyogo Kokiden (Ayaka Miyoshi). She is a fearless woman and coldly analytical in her actions. She desires to have her son (Taketo Tanaka) take the emperor's position.