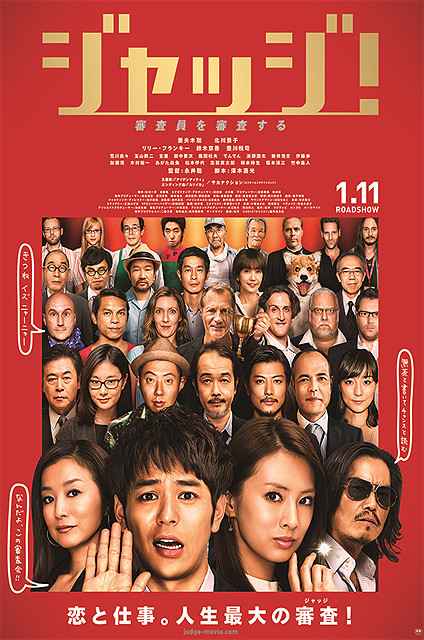 Kiichiro Ota (Satoshi Tsumabuki) has recently begun work at an advertising agency. He is then forced to participate in the world's biggest TV Advertising Festival as a judge. There's parties held there every night and Kiichiro is paired with Hikari Ota (Keiko Kitagawa), who shares the same family name, to act like husband and wife there.

At the festival, Kiichiro learns that if he doesn't allow the CM from his agency to win the grand prize then he will be fired. Directors from all over the world are gathered at the festival and the judges work within a hotel that is completely closed off. The directors scheme and bargain to make their agency win the grand prize. 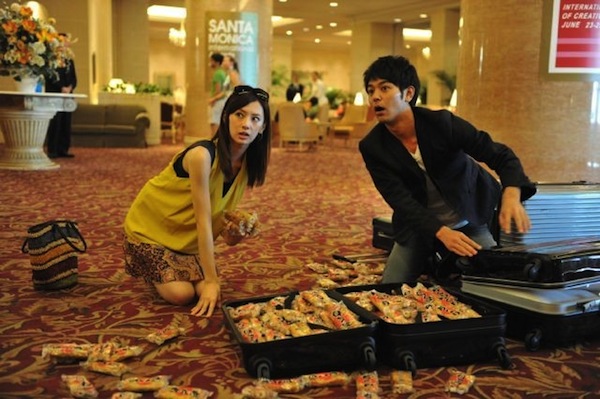 bonbon Apr 14 2018 12:25 pm Does anybody know who is the band that scoring in ending theme song? I failed on finding them neither in google nor youtube. Is there any japanese band called something like 'sakanakutsuyoso'? Thats what i've got from translating the katakana to romaji (if im not wrong) the scoring from the credit part. Much appreciation for anybody who could answer my curiosity. Arigatou?

pastaman Dec 12 2014 8:10 am I've just watched this movie and it was entertaining and funny ! I don't mind the stereotypes, because they were on purpose... And Keiko and the male lead did really well :-) Maybe she was a bit to kind at the end ;-)

kuromitsu Nov 11 2014 10:52 am This is a great, funny movie all throughout, with a really simple story. The cast is really mostly gaijin (only the first 7 actors above are actually prominent, and only 4 have major roles), and they're not really stellar actors, but they're not hammy or cringeworthy so it's fine.

The only "racist" part about the movie was of a few characters (including a couple of Japanese) playing with the foreigner's idea of a Japanese stereotype. But really, everyone was corrupt to a certain extent: that was the point. Political correctness was really the least of their problems.

Egg Sep 03 2014 8:02 pm This movie was awful, it just seemed like Toyota used it to show people how amazing some stupid commercial they produced was. Ok the beginning was funny and had hope but as soon as any non-japanese actor was involved it became weirdly racist and polluted by bad acting. I get it was supposed to be a comedy and that's probably why stereotypes were extreme but yeah I wasn't laughing...

Eee Bee Feb 23 2014 1:43 am Lame. So biased to leave out the "non-japanese" talent's names involved with this project