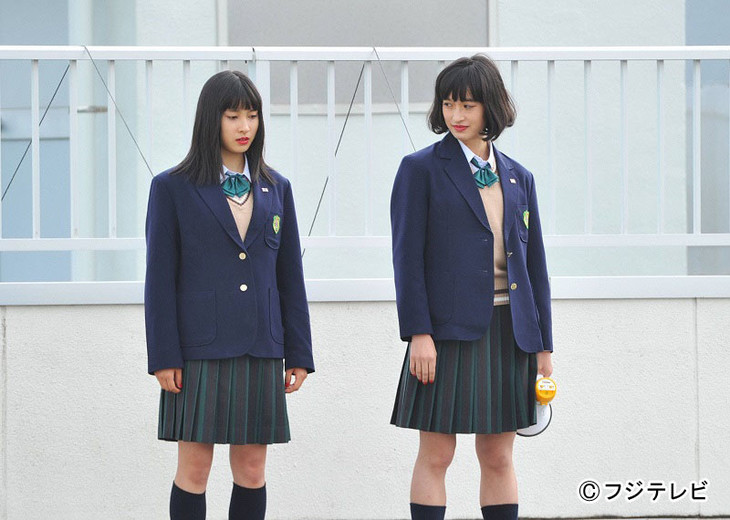 A husband (Kenichi Takito), who is a member of the municipal assembly, fails to get elected at the prefectural level. Due to his failure, he physically abuses his wife (Hiromi Nagasaku). While, the wife resists, she kills him in the process. During the police investigation, a woman (Rei Dan) appears..

Arisa Kagawa (Tao Tsuchiya) is a female high school student. She likes her senior student Shogo Tachiki (Nijiro Murakami). Every morning, she stares at his profile while on the bus. At school, she watches Shogo when he practices tennis.

Kimiko Miyamoto (Kyoka Suzuki) is a housewife who has been married for over 20 years. Haruka Enomoto is a popular cuisine researcher. She is a celebrity and appears on TV all the time. Kimiko and Haruka graduated from the same middle school and high school. Seeing Haruka’s success, Kimiko feels plain and unhappy. Kimiko thinks if she meets Haruka, she can break free from her boring life. Kimiko finally meets Haruka.