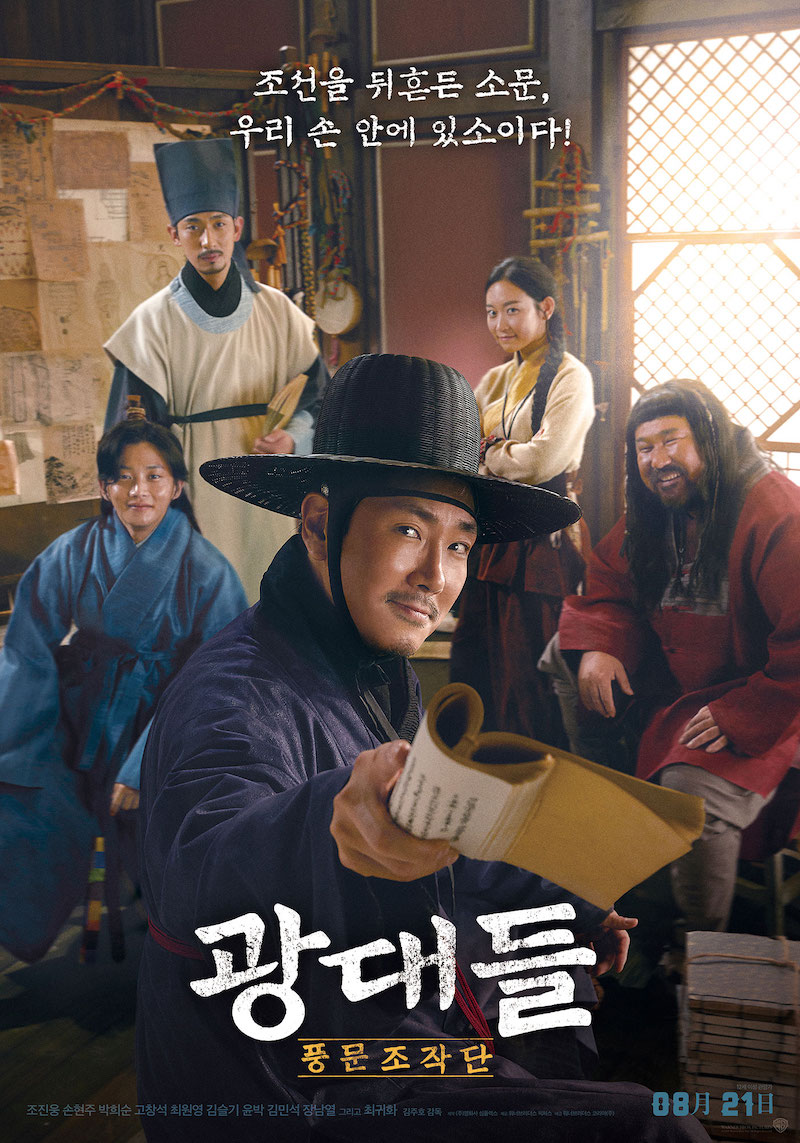 Performing all over the country, clowns reenact true stories about King Sejo (Park Hee-Soon) and six martyred ministers. These six martyred ministers were executed by King Sejo, because they did not acknowledge him as the King. This was due to King Sejo killing his nephew who was the King at that time. Because of the performances, citizens all over the country criticize and ridicule King Sejo. To improve the image of King Sejo, the most powerful man in the country Han Myung-Hee (Son Hyun-Joo) selects 5 members of a clown performance team. The group is led by Deok-Ho (Cho Jin-Woong) and includes Hong-Chil (Ko Chang-Seok), Geun-Deok (Kim Seul-Gi), Jin-Sang (Yoon Park) and Pal-Poong (Kim Min-Suk). Han Myung-Hee orders the clowns to perform stories favorable to King Sejo.

Omg u guys should watch it ?❤ How could this amazing movie didnt get any spotlight (?) I give this movie 9.9/10 thoo

Akashiva Apr 25 2020 10:04 am This movie is so funny and Amazing. The person who played the part of Ma Deok Ho was simply amazing. And other actors were also so funny in their own unique way.