Jealousy Is My Middle Name 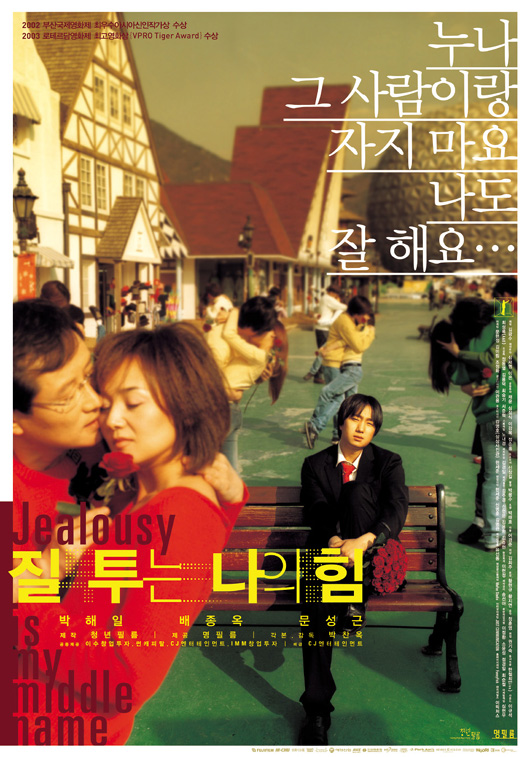 Quiet, intelligent, solemn and recently dumped by his girlfriend, graduate student Lee Weon-san (Park Hae-il) takes a job at a literary magazine, ostensibly to supplement his income, but really to get close to the editor - the reason he’s now single. The editor, unaware of who Lee is, takes a shine to him and makes him his personal assistant. He likes having him around as he’s the only person he feels comfortable with, which means he often takes advantage of Lee’s passive nature, making him run errands for him all over town.

The fiercely independent Lee, however, works without complaint, having started a new relationship with part-time photographer/part-time vet Park Seong-Yeon. When she takes a full-time job at the magazine, however, Lee pleads with her not to get involved with the editor, a plea that goes unheeded and sets Lee thinking once again about vengeance. It’s here that the film really starts to veer from the conventional path.