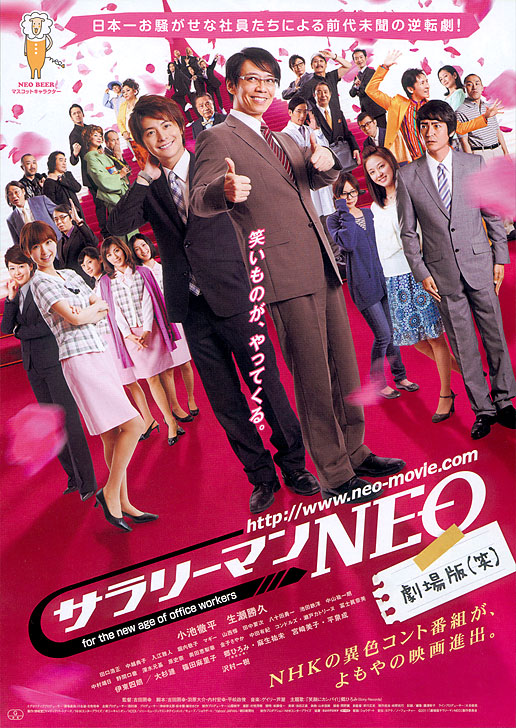 Shinjo tries to work for a different company, but gets hired by NEO Beer and starts to work there. NEO Beer ranks 5th in the beer market. Shinjo is assigned to the company's #1 sales team. Team leader for that sales team is Nakanishi (Katsuhisa Namase). In the early days of his career, Nakanishi created a product named Hiyamugi which became a big hit. In the present day, Nakanishi focuses on supporting the professional base team Hanshin Tigers. Within the sales team there's also Kawakami (Ikki Sawamura) who got through several unreasonable cases. The sales team members are not easy to deal with. Shinjo starts off as a salaryman, visiting retailers and entertaining clients.

After one month passes, Shinji still has yet to make even one sales contract. Office ladies at the company seem to dislike him. The women at the business meetings seem unattracted to him. Working in time in this type of futility, Shinjo seriously considers changing his career. Meanwhile, NEO Beer president Neo (Shiro Ito) participates in a golf event hosted by their trade association. Neo plays against Oguro Beer Company president Hotei (Ren Osugi). Oguro Beer is the market leader in the beer retail sector. Neo loses his match and also hurts his pride. Neo then tells his employee that the company will try to rank first in beer sales. He also gives a strict order for Neo Beer employees to brainstorm a new product within one week. Immediately, the members in the top sales team for NEO Beer plan a meeting. At the meeting, members present various ideas, but Nakanishi thinks all of their ideas are not good enough. Shinji then suggests an idea and his suggestion gets the approval of Nakanishi ....