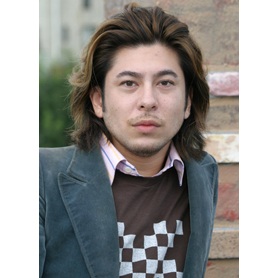 Born in Vancouver to a Japanese mother and French father, Jai Tatsuto West speaks fluent English, French and Japanese. His acting career began in his teens as a series regular on the popular kid's show 'Kidzone' and many roles on TV and film in the US and Canada including guest appearances in 'The Surrogate', 'Once in a Blue Moon', 'Highlander', 'The Odyssey' and '21 Jump Street'.

In Japan he has starred in such high-grossing feature films 'Worst Contact', 'Bus Panic' and 'Private Detective Mike' as well as appearing in several high profile TV commercials.

Jai has also received praise for the poetry his creates under the pseudonym 'Lotus Chamelion'.