It's Boring Here, Pick Me Up 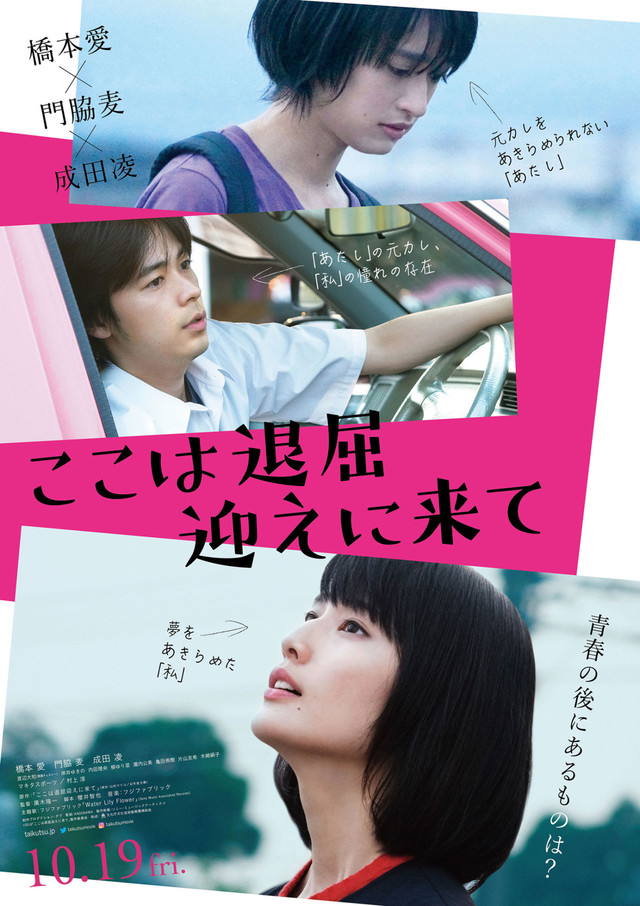 I (Ai Hashimoto) got a job in Tokyo, but after 10 years she went back to her hometown. Now, I is 27-years-old and lives with her parents. Even though she works as a freelance writer, her parents treats her as a freeter. She meets her friends from her high school days. Using her courage, she contacts Shiina-kun (Ryo Narita) who was the top player on their high school soccer team. She admired since high school.

Meanwhile, Me (Mugi Kadowaki) admires life in Tokyo and is afraid of life in Tokyo. She still lives in her hometown. She can't forget her ex-boyfriend Shiina-kun. After she broke up with Shiina-kun, she hangs out with a man who she does not like. She is obsessed with memories of her happy moments with Shiina-kun.

In order to relieve their boredom, I and I want Shiina-kun.