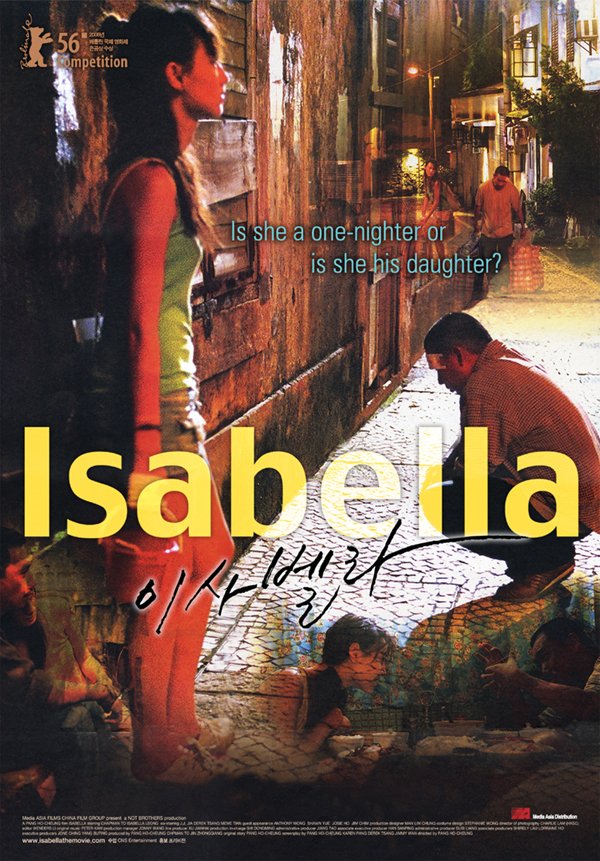 On the eve of the transfer of power over Macao to the People’s Republic of China, a police officer named Shing finds himself in the throes of a dreadful crisis – both in his career and in his private life. Already thrown off course for having been suspended on a corruption charge, shortly afterwards, he has an encounter that completely changes his life. Hoping to compensate for his failed career, Shing seeks comfort in the arms of a young girl. He has no more than a one-night stand in mind when he ap­proaches this young woman. But when he gently tries to persuade her to go to bed with him, he is more than surprised at her rebuff. For this elf-like creature named Yan confronts him with the most astonishing news conceivable: she is none other than the daughter Shing never knew he had.

While Shing tries to cling on to his bachelor habits, Yan begins turning his daily routine upside down by insisting that she move into his apartment. From this moment on, the two are seen wandering about the streets of Macao together: Yan in search of her little runaway dog, and Shing trying to become acquainted with his daughter. Yan certainly keeps her new-found father on his toes. If she isn’t bickering with her girlfriend Kate, she’s trying to fend off the attentions of her fellow-pupil and fairly scatterbrained admirer. And these are just two of the situations which call for her father’s intervention. Shing soon begins to ask himself whether he really feels up to any of this…

Over the course of five films, director Pang Ho-Cheung has quietly carved out a niche for himself as one of Hong Kong’s brightest and most distinctive directors, and while his earlier works are known more for their sly sense of humour, Isabella proves he is just as able to build his films around serious character work. Helping greatly to that end are his two lead actors. Longtime collaborator and acclaimed character actor Chapman To steps into his first leading role here as Shing and plays the part with subtlety and grace while model turned pop starlet Isabella Leong turns in a remarkable performance that should guarantee that she never appears in mindless teen flick again. For his part, cinematographer Charlie Lam shoots gorgeous film, filling the streets of Macau with a warm amber glow and composing his shots to perfection, loading the images with the same sense of memory and longing that marks Wong Kar Wai’s Shanghai or Hou Hsiao-Hsien’s Taiwan.