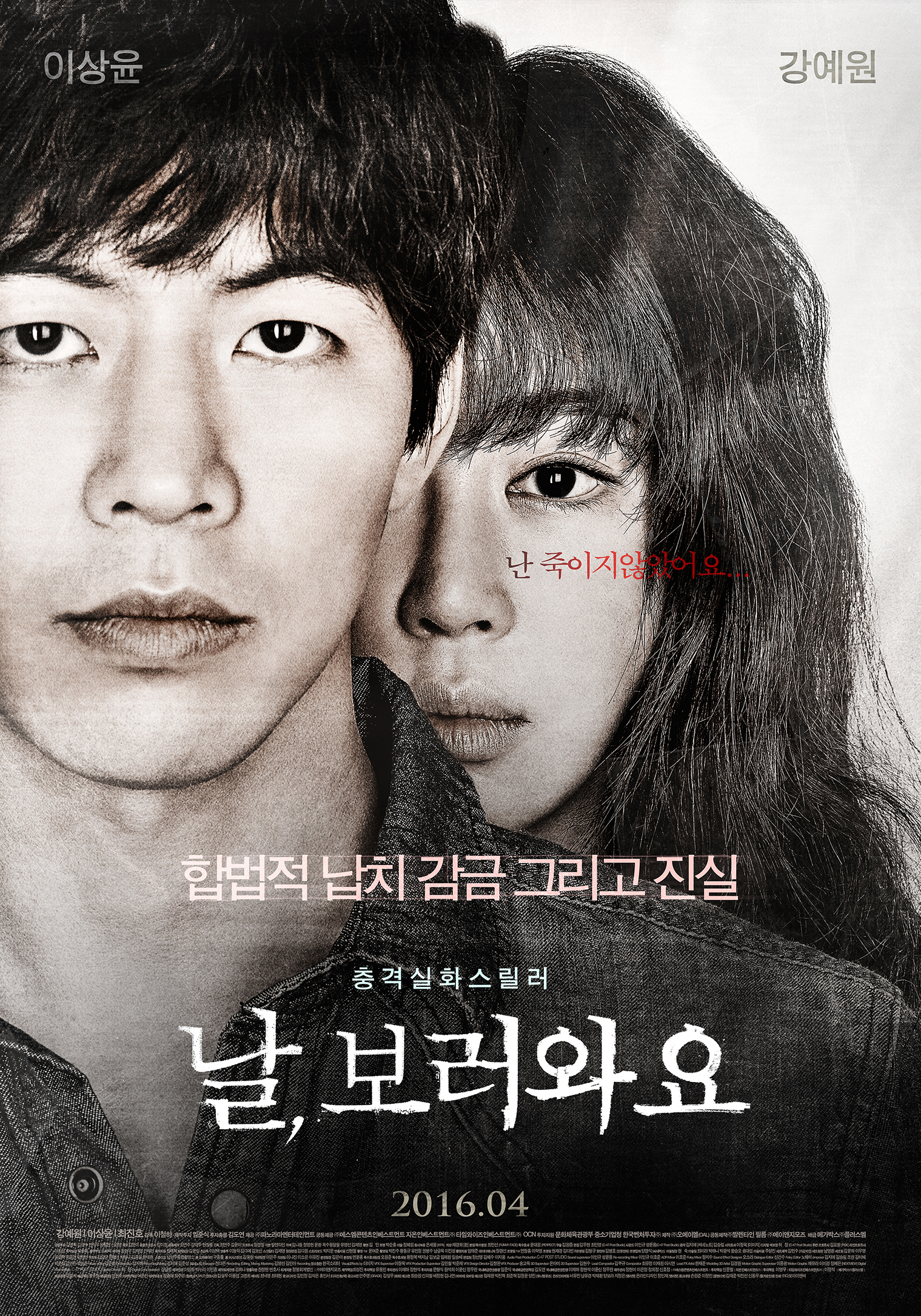 During the day and in the middle of downtown, Soo-A (Gang Ye-Won) is taken away against her will and brought to a psychiatric hospital. She is locked up there without knowing why. She is constantly injected with drugs and undergoes cruel violence. Soo-A begins to write down in detail all of the horrific acts that take place at the psychiatric hospital.

One year later, a notebook is delivered to Nam-Soo (Lee Sang-Yoon). He works as a PD for a broadcasting station. Nam-Soo reads the notebook and feels horrified by what happened. To uncover the truth, Nam-Soo seeks out SooA. She is now in prison as a murder suspect. 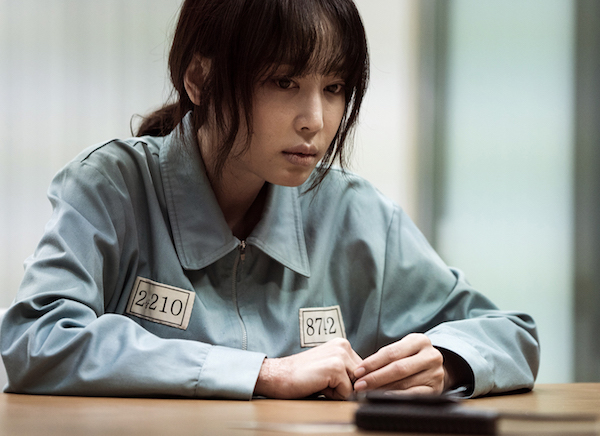 YukI Oct 19 2019 3:31 am Spoilers 1. It was her mother who was put in the psychiatric ward. 2. The part where her step father pour drugs in her drinks and made her drink so he can raped her and her mother saw it and was traumatized and the step father realized the mother saw what he did to her daughter. 3. So she transferred the inheritance to her daughter and its why the step father keep the daughter alive in the house so he can forced her to transfer the name to him after and still abused raped her. 4. Her mom was taken, and the daughter been looking for her mom but she have no idea where. So when dong sik called her to come they planned to save her mom but got caught by the pscyho organ seller. 5. Mi roo was a victim of sex slave of the psycho organ seller and he removed her uterus so he can fked her everyday at 11pm after work. Mi roo door will automatically released her from her cell everytime so he can have time with her while she automatically go to the office. 6. It was the daughter that was gonna be cut opened by the doctor while her mother watch but the mother asked mi roo to release em so she can help and escaped. So her mother was badly injured and got dragged by the burned alive doctor to death. 7. The daughter was so shocked of her lost and she walked out and follow the step father home and kill him after he took the drug to ease himself. But the girl knows where the gun is and decided to kill him after she found out how much they torment her mother. 8. Hence, why shes in prison. But she sent the diary to lure the producer curiousity to reveal the truth for her. Dong sik was a bait to make the pd take the case seriously. when they found him in that abandon building. 9. Dong sik was heavily burned from saving other patients.at the same time, he was also traumatized for what happened. He disappeared himself cause he will be caught for involved in selling organs cause of his job that got paid high. 10.the burned on the daughter wrist is cause her mom was holding her hand when she got dragged by the psycho doctor into the fire. She got burned as well. 11. She did all of it without regrets, the info about her mothers torments and etc was through dong sik's eyes. So she wrote it through what he saw they did to her mom. Its why shes revengeful. 12. The daughter will slowly find dong sik and paid him or inv him live with her cause of what he has done for her mother. She will keep dong sik alive aside her secretly. She planned all of this with dong sik. In return, she will give him a new life.

Movie explained? Twisted story . My heart goes to the mother and daughter who have suffered so much.

I agree with the last comment! I really think it makes sense! But maybe the man who knocked at Kang soo Ah's door was actually dong sik ! We haven't heard anything about him!

And about Kang soo Ah's amnesia, I am sure it is fake! She killed her father sanely. At the end she also speaks with the producer sanely with an expression saying "I've gotcha man". Moreover she sent the diary a year bf but she's written the diary AFTER her mother's death. Therefore, she might have decieved the producer and kind of planned this on the moment in order to show the world what happened.

I also loved the twisted ending! But i'd like to know more and understand better!

I don’t think that Kang soo ah fell in love with the producer. I think he kind of pitied her and got attached to the story of the woman who lived in the hospital (supposedly Kang soo ah at first). He went to pick her up because of that AND because he grew attached to her. Kang soo ah went to the back seat and showed him the barrière she’d installed btw them. Now when Kang soo Ah tells the producer about the pen and gives him the diary she goes into her house and clearly says : “APPA, IM COMING” but her dad aka appa is DEAD. So after that we discover the truth and see that it was her mother who was in that hospital and that she was the one who went to save her. We also see that she asked the producer for HELP and that he ignored her. I think that she blames him for the death of her mother. So at the end the producer is kinda shocked and amused at the turn of events. We next see her preparing TWO CUPS OF TEE (she’s waiting for him and KNEW he was coming) but we also remember that she said she wanted to go to her deceased appa. Therefore I don’t think she loves him but she rather wants to kill him ? wants to take revenge. Think about it! She’s lost the most important thing in her life : her mother and went to a hospital for a year. She also discovered the hell her mother was in. At first I thought that she had told the producer the truth as a reward but the more I think about it the more this theory makes sens to me. As for Dong Sik I still do not understand why and how he disappeared... I really loved how the events took turn at the end! I wasn’t expecting that at all!! Great but dark movie! Great actors’ play !!

SPOILER ALERT The knock at the end is.... the producer. There were lots of little hints that he was developing feelings for her and the reveal was when he shows up unplanned to pick her up at her release. You could see she wasn't expecting it. But she chose to get in the back of the car rather than front.

He's clearly disappointed by this (the acting is subtle and excellent), but resigned to "oh well" and not the type to push it. When he drops her off you can see he is ready to drive off. The, surprisingly, tap tap on the window.

Now it is her turn showing interest. There is no need to come clean and confess at this point. She's in the clear and has no issues with conscience (nor should she). But she takes the risk to test the producer and, after the creepy speech, gives him the diary.

We then get the flashback of real events while she waits inside, seemingly in anticipation, and he reads through the notes. The pivotal moment is when he laughs in appreciation of her masterful revenge plot, rather than recoils in horror.

They then focus the camera on her waiting and, when the door knock comes, she's happy.

It's weirdly romantic actually and a great ending IMO.

Lumina Sep 12 2017 2:23 pm I don't really understand what happened to that man from the hospital and why did he run away?

elica Sep 26 2016 11:28 pm the part that i dont understand is who is that man dark angel.. is he really lee hak joo?? or a patient? why is he crying and trembling when PD was asking him about the notebook on the start of the movie.. i read a spoiler b4 i watch the movie.. it says the first 30 mins is real and the rest is a lie..except for the realization in the end tho.. can someone enlighten me pls.. and who was the person who knocked in the end??

@daduu It was not Kang Soo Ah that was taken to the psychiatric hospital but her mother, and Kang Soo Ah did kill her step father. We can see in the end that it was Kang Soo Ah looking for her mother that's been locked up in the hospital.