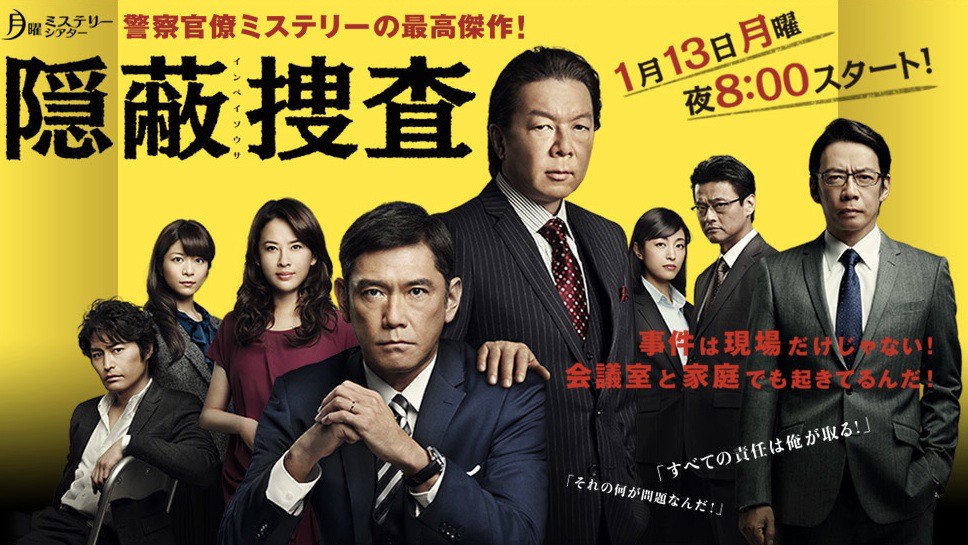 Shinya (Tetta Sugimoto) is a career police bureaucrat who currently works as the manager of administration division at the Tokyo Metropolitan Police Department and responsible for media coverage.

One day, a gang member is shot to death. Shinya becomes frustrated that he did not receive a report on this case even though he is the one that deals with the media. He learned of the case from reading the newspaper. Shinya visits his childhood friend Shuntaro (Arata Furuta) who works as a chief detective at the Tokyo Metropolitan Police Department. According to Shuntaro, Shinya did not receive the report due to a power struggle within the Tokyo Metropolitan Police Department. Even though they have been childhood friends, Shinya was bullied by Shuntaro and doesn't feel a bond with him.

Shinya begins to investigate the gang murder case by himself. Then, a series of new cases occurs which looks like it is caused by the same person responsible for the gang killing.