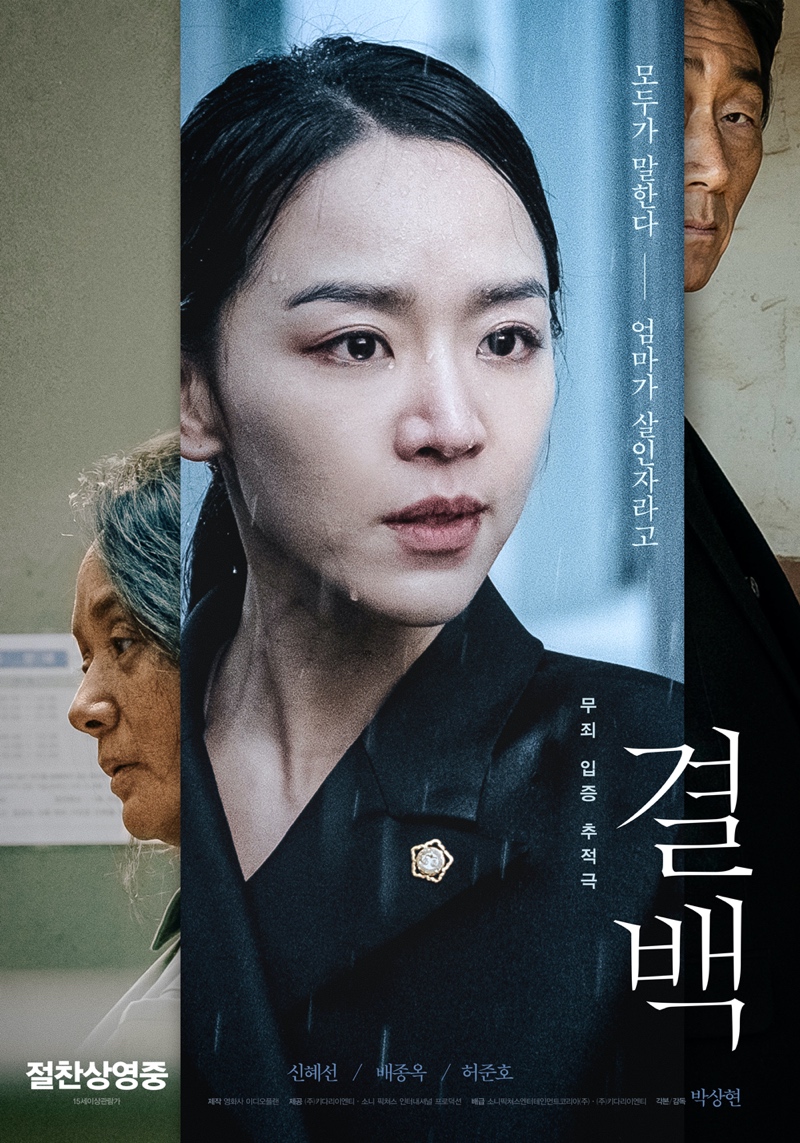 At the funeral for Hwa-Ja’s (Bae Jong-Ok) husband, attendee Mayor Choo (Heo Jun-Ho) and his party begin to vomit and collapse after drinking makgeolli. Mayor Choo survives, but some in his party die. Evidence seem to indicate Hwa-Ja as the culprit who poisoned the drink, but Hwa-Ja has Alzheimer's disease.

Meanwhile, Hwa-Ja’s daughter Jung-In (Shin Hye-Sun) works as a lawyer at a big law firm in Seoul. In her past, she suffered from physical violence from her father and left her hometown. She is a now a successful lawyer. Jung-In then sees her mother Hwa-Ja on the TV news. She returns to her hometown. When she gets there, her mother Hwa-Ja does not recognize her or her younger autistic brother Jung-Soo (Hong Kyung). Jung-In takes up her mother's case. She senses the truth is buried in her mother's case and she is sure her mother is innocent.

Daenerys Mar 10 2021 12:45 pm As usual hyesun never disappoints! Her acting is so good it gave me goosebumps and had me in tears. Great acting by the supporting casts too! Plus, I love how refreshing and realistic the plot twist is.

Morse Dec 31 2020 9:13 am Watch it bcs Hyesun, and the plot at the beginning is kinda cliche in a way, a long lost daughter return to defend her mother case even tho they haven't talk for years, but there's more depth to it if you look bigger.

I thought it would be a typical "I'm going to seek justice for my wronged mother", but it's not. It's not a black and white of law that commonly used in a crime/law related korean movie. On her search to prove her mother innocence, she found out she is indeed trying murder them, and she opt to twist situation to favor her instead. This woman not only wanted to kill his lover killer (Mayor Choo etc) but also the one that ruin his relationship with her daughter (her husband, Taesoo).

I personally doesn't think the plot or storyline is very strong or very intriguing per se, but the plot twist is kinda refreshing. It's very realistic in a way that the protagonist Jung-in is not without sin and personal gain. A lawyer with duty for her client, to get the lowest punishment as they can get, meaning bending the situation to fit the law, shaping public and judge perception. A daughter with buried affection and guilt for leaving her mother (and come on, Taesoo kills his biological father and made her mother life miserable).

The mother is not innocent, and even though she didn't get jailed she paid the price for her crime in a way, she can't even recognize the daughter, the implied reason of why she killed them all. If Major Choo didn't overdid his effort to save himself I think he will be safe lmao

Anyway this is just a movie, don't take the literal case as the main value, but instead the mother-daughter relationship that reconnect because of the case.

Elena Dec 12 2020 1:07 pm @Lorna, this is a movie inspired by a real case, but this is all. The movie is not about the real case. The real case just served as start point then the writer used own imagination. I don’t see nothing wrong with this.

Lorna Oct 06 2020 12:30 am Haven’t seen the movie but I sense indignation about the ending. From what I’ve read, wasn’t this movie based on real life? If so, the producers can’t change the ending, no matter how loud we scream injustice. It would change the entire story. And that’s why I really don’t watch based on life story movies, unless it’s a happy ending, of course.

Oxy Gen Oct 02 2020 6:51 am I know that some people find it dissapointing about the ending, but this is so close to reality, it's rare to find lawyers who is fair like in the dramas, I know murder is a murder, but that's the reality.

Jung In first thought that her mother was really innocent. she investigated, gathered all the evidence, and challenged the chief attorney to win the case because she was sure her mother was innocent. So I think there are two reasons why she chose to hide the truth when she found it out :

First, her ego as an ace lawyer, she couldn't just give in and admit she was wrong, after everything she did, so she found a different truth.

Second, she felt bad for leaving her mother alone for a better life, she could have come back to visit her atleast in those 10 years but she never did, she chose to leave the past behind and live her own life. she felt guilty for what happened hence tried to "save" her mother. it wasn't 100% because of her daughter heart, it was more about guilt in my opinion.

but nothing justifies what she did, it was wrong yes but very realistic. let's not forget she is human, and we all have flaws, i think this story is amazing because of how close to reality it is. just and fair lawyers are rare, this is the reality unfortunately and not all protagonists are perfect and justice seekers, maybe for her that was justice.

Amatei Sep 23 2020 5:34 am i solely understand the heart of a daughter who wanted to save her mother who was wronged by her second husband and group of friends.. i'm not saying what she did was right but i truly understand her heart.. it was such a great movie i might say.. their acting was so on point as well

This movie has a sad true about being a lawyer and the selfish need when it comes down to personal matters. She once said at the begging of the movie, "if we only represent thugs, we too become thugs".

Here is when the movie expanded itself upon the true nature of the matter and the thematic of the movie about what it takes to be a true lawyer despite personal, greed or otherwise when it comes to involvements that derail one's view of why you became a lawyer in the first place. Sad movie, not because it could make you cry, but rather more of the context of what the movie represents.

Wow. What a movie.

@Rome I just watched this movie. And I agree with you. I know that her mother is sick, but it still didn't make up for the murder she did. She should be punished for what she did. I was kind hope that her mother really innocence and think that the culprit was the mayor. But, it's turns out like this. Jeong in's character here kind of disappoint me. I hope, for what happened to the real case wasn't like this.

Shame on you Jung In. Your mom has paid it? Bullshit. 3 people die because of her, and she says her mom is innocent? Hahaha what a plot twist! No matter how miserable your mom's life is, murder is murder. Hwa Ja has to be punished. I kinda guess, after all of this pleading for her mom, Jung In will be as pathetic as her father (Ahn Tae Soo).