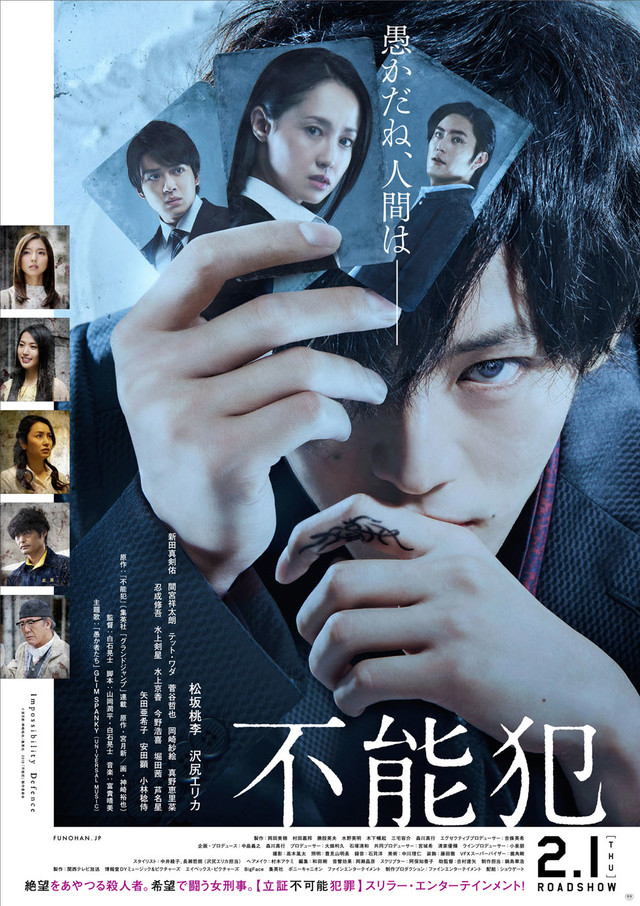 Tadashi Usobuki (Tori Matsuzaka) wears a black suit and he is a contract killer. Nobody knows about his past. He receives requests from clients who are filled with desire or hate. He carries out his work using methods like the power of suggestion which makes the killings nearly impossible to trace.

phikr1 Sep 04 2018 2:22 am i feel like this movie could miles better if they exploit more the relationship between usobuki and tada, the conflicting idea between them, who is correct and who is wrong maybe both ot them are or neither of them, i think that would be much more interesting than showing how they are trying to catch him

RPL Jan 25 2018 3:56 am Honestly think the 4 eps special are not good. It only describes what Usobuki Tadashi always does with his victims, without giving explanation on his ability, relation with Tada Tomoko, or a the mistery around it. But I hope the movie will do it and might become better. I haven't read the manga though, but maybe have similar things.