I Will Wait for You 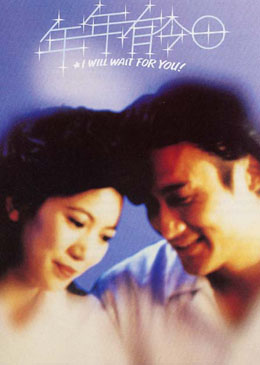 The story takes place in 1964 in Lantau Island. Tony Leung, married, was sent to Lantau Island on business purpose. There was a typhoon and the ferry service stopped. At the ferry pier, he met Anita Yuen, who would be marrying in two weeks' time. The two fell in love at first sight and spent the night together. Since they were both married to someone else and could not be together, they agreed to meet each other at the same place, on the same day every year. They did this for twenty-nine years without stopping. Then Leung's wife passed away and he asked Yuen to marry him. He even threatened that if she refused, he would never see her again. But in the end, they remained as secret lovers.