I Don't Have Many Friends 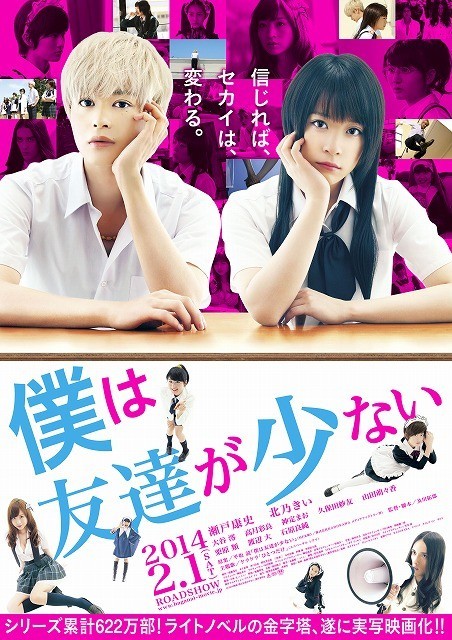 2nd year high school student Kodaka Hasegawa (Koji Seto) has transferred to his new school about a month ago, but he still hasn't made any friends. Kodaka Hasegawa was born from a Japanese father and a British mother. Because of his appearance, people think Kodaka Hasegawa is a troubled kid. 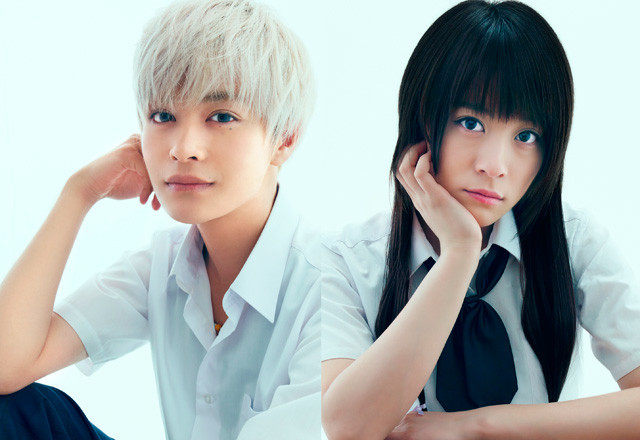 Garist Aug 01 2018 12:44 pm Watched the whole movie for Seto, but agreeing with lady below. The director and writer are just a big bunch of pedophile perverts. This movie was nothing more than a chance to literally turn high school girls into objectified body parts (let's not forget the girl with boobs who even gets the nickname "Meat"). And if I'm not mistaken, some of the actors weren't even 18 at the time of making this film? What the hell is wrong with people? This belongs as the hentai anime it is, and that's it. Should never have even been considered for live action remake, let alone one listed as a "teen comedy."

lady Mar 09 2016 1:58 am i couldn't watch more than fifteen minutes. What's wrong with that director? He's showing high school girls body from top to end. it's disgusting.i hope he/she read this comment and shame on himself/herself for a bit.

link Oct 01 2013 11:01 pm i dont think his hair was that blonde, wasnt it just blonde highlights? kobato was pure blonde

mimi Aug 05 2013 6:06 pm actually in the anime he wasn't scary looking at all. it was quite amusing people were fearing for their lives because his hair was blonde (and the blonde in the anime was weird too). so Seto Keiji's kinda perfect for this.

Ryou Jul 28 2013 1:46 am The main character here if we referred to light novel and the anime supposed to be a scary looking boy. What so scary with this ex Kamenrider kiva boy? His unnatural blonde? or perhaps his stupid grind? Even in Kiva he wasn't that good at all while act as a mask rider hero . The one with role as his father was the better one on that series IMO. He can act tough in one episode and idiot in the other episode. He nailed it perfectly.

Monikacz Jul 25 2013 1:41 pm I'm curious about this movie. I love films from the school environment. I like the Seto Koji. He has amazing acting skills and even more amazing voice when he sings. I hope he will be in the future, the main character in any musical film.