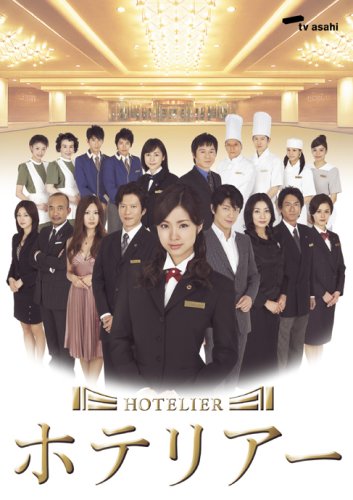 Kyoko Odagiri works at the Tokyo Ocean Hotel with 1,200 other employees. They all work to try and make their guest's stay the absolute best, but most of all, they work hard to elevate the status of the Tokyo Ocean Hoel. But as luck would have it, the hotel is in financial trouble and things are beginning to look bleak. It is in the midst of this that the owner of the hotel falls sick and calls on Kyoko for help in finding a man that might be able to turn things around.

Kouhei Ogata was once the general manager of the Tokyo Ocean Hotel. He was responsible for helping Kyoko find her job at the hotel and was also highly regarded by the owner. But an unfortunate incident at the hotel made him resign. He left for Korea shortly thereafter and has not been seen by anyone since. With only a few leads to go on, Kyoko begins her search for Kouhei in Korea. There she meets Dong Hyek Shin, a man who has knowledge of where Kouhei might be, and Keigo Mizusawa, a man who up until now, had no real interest in women. Dong Hyek Shin manages to find Kouhei and persuads him to return to Japan with Kyoko.

Now back at the hotel, things continue their downward trend. And for some reason, Keigo happens appear, announcing that he has come to see Kyoko. At first she finds him overbearing, but little by little, her defenses begin to crumble (Kyoko doesn't know it yet, but Keigo is involved in a potential hostile takeover for the hotel). Keigo isn't the only one that appears interested in Kyoko: Kouhei also finds himself attracted to the woman he once thought of as a younger sister...

Mskrider Jan 10 2018 3:44 pm I never had a chance to watch the original Korean version. So I can't tell which is more entertaining. But since this has Aya Ueto in it, I can safely assume this is the better version : )