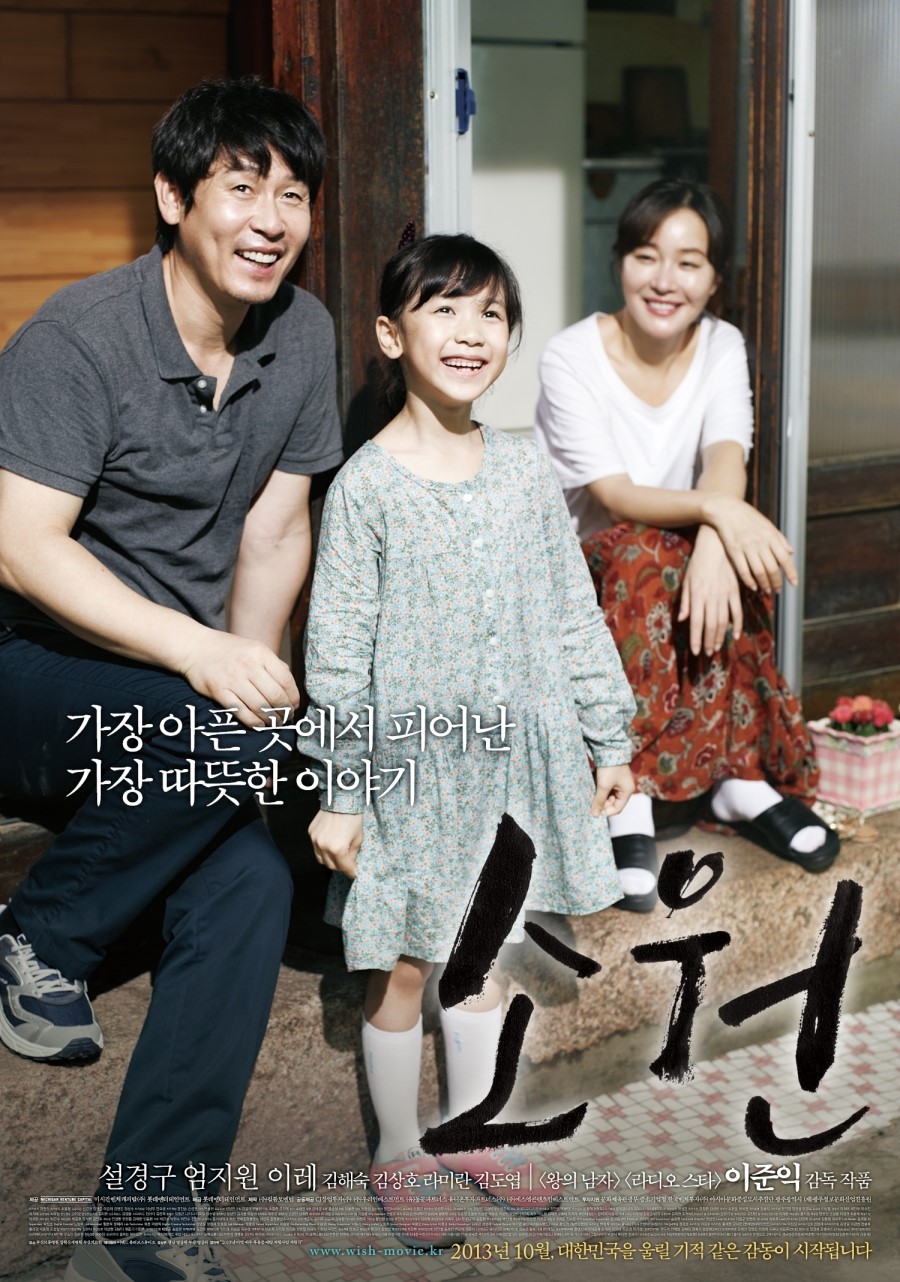 On a rainy morning, little So-Won (Lee Re) leaves for school, which is not very far from her home. Her father works at a local factory and her mother runs a modest neighborhood stationery shop below their home. So-Won is supposed to walk to school with her friend, but her friend ditched her for his group of guy friends. So-Won does not make it to school.

Hours later, So-Won's father Dong-Hoon (Sol Kyung-Gu) receives a gut wrenching phone call from the police. So-Won is now hospitalized after being brutally sexually assaulted. Can their family put back the pieces of their once happy home?

Justice_seeker Apr 14 2021 1:57 pm I couldn't believe that the law of severely sexual assault gives chances for the criminal again to assault someone someday. Shame on that bloody rules. A lovely and innocent kid will bear the pain rest of her life. Things can go like that parents will forget one day that their kid's painful episode. Girls are made by God himself. At least I could satisfy that the bloody bastard's death on the court after depicting by the moron judges.

I_L_Y Dec 15 2020 12:42 pm Okayyyyy!! I Just Want To Share My Feelings After I Watch This Movie (If You Still Didn't Watch It, Do It Now) this movie is so heartbreaking and frustrating at the same time. That rapist shouldn't be freed. He deserves to rot in jail! And Hope is such a smart and brave girl. I hope that she's doing fine right now. And what's wrong with the court something¿ only 12 years!? Remind you she was only 8! And after that 12 years passed she would just be in her early 20's!!! If i'm Hope or Hope's family I would really lost my shit and make sure that guy will die in my hands, or make sure I will get the justice that I deserve! I hope and pray for the best for Hope and her family. I just can't sleep after I watch this movie. It's almost 3 am here in my countrY. And yeah I agree, the most scary movies or dramas are not horror, but a real-life story. Hope, if you're reading this Hwaitingggggggg!!! Sending Hearts And Love And Support From Philippines! (I hope my rant make sense, english is not my first language) Watch This Movie Now Guys!!

nctSment Apr 02 2020 11:27 pm Such a really touching movie, and i already now this film baesd on true story, oh my god im so crying. I can't imagine how feel that girl (sowon) right now

ai Apr 28 2019 3:11 am This movie really made my eyes swelled so bad. I'm literally crying for the whole movie

Hopeworld Apr 25 2019 11:29 am After knowing that it's a true event and just after one year he's gonna get released from prison... Breaks my heart. How can such criminals not get a death sentence... I'm feeling very bad for that little girl.

ichi Dec 02 2016 10:14 pm the most emotional movie so far. i never stop crying from the beginning till the end, really recommended movie. this movie really concern about girls/woman especially children and give us alertness about sexual harassment

Tin Sep 11 2016 12:41 am I knew this movie was going to be a tear jerker but I didn't think I would be crying from the beginning until the end. Great acting all around. Def a must see

Anu Sep 03 2016 7:11 pm This movie was epic of emotions. When Lee Re ( little girl) says ' is that you dad?' to the mascot i just couldn't stop crying. My eyes are still watery when i think of that shot when dad is sweating inside the mascot. Amazing direction, a plus acting, excellent direction, excellent makeup of the bruises. One of the top movies!! I wish everyone should see the movie. Best Movie ever!

Paul Mullin Sep 01 2016 10:00 pm one best movies I've ever seen. Cried from start to finish. Happy tears and sad tears. Haven't cried this much since my brother died 20 years ago. must see movie. wonderful acting and script.

firenze Oct 02 2015 12:40 am OMG! This movie really surprised me! Indeed one of the BEST film I have ever watched. It made me cry so much! The kids were very good! The entire cast were EXCELLENT! BIG THANKS and CONGRATULATIONS to the entire PRODUCTION (",)

ixxdhxx81 May 16 2015 9:26 am I have watched this movie and I cried a lot. I didn't realize that the little girl in this movie is Lee Re. Wah. Lee Re, you deserve a daesang. Seriously!

Lily Apr 10 2014 11:47 pm I watched this movie in the plane from Seoul to KL. It's very a good movie, I cried from the start till end of the movie. Recommended...must watch this movie.

madfly Apr 01 2014 4:14 am he got only 12 years for raping and almost killing an eight year old girl, giving her the trauma and lifetime disability. it was a disappointing punishment. it is a good movie, you will cry. my heart went out to the girl when she was in and out of consciousness. good acting for the mom, dad and the girl. hope for the girl and for the family to recover from the tragic incident, and that after 12 years the culprit must have been rehabilitated from alcoholism and everything. recommended must watch..

Ki Nov 22 2013 5:12 pm Must say I'm really surprised "Hope" won Best Film at the Blue Dragon Awards. I get why the director wanted to make the film - to show the family's recovery from a such a horrific and devastating incident. With that said, I wanted to see some hope after all the misery displayed in the film for the first hour and then this depressing court room scene came out of the blue which made me get up and leave. In retrospect, I think I would rather bang my head on the wall than watch this film again.

P.S. for a movie that will make you want to sit (cry?) in silence long after the film ends without any exploitative‎ feel, check out "Han Gong-Ju".

I saw it and I would reccomend it. You will cry though.

Seoyoung Sep 26 2013 7:48 pm @ko Actually, the reason they're shocked I think is because the criminal only gets a sentence of 11 years (I think? I definitely heard 11 years.)

ko Sep 15 2013 3:40 pm So I'm guessing the little girl got raped, and it was probably by a relative or someone who she and her family knew (hence the court scene when everyone was totally shocked).