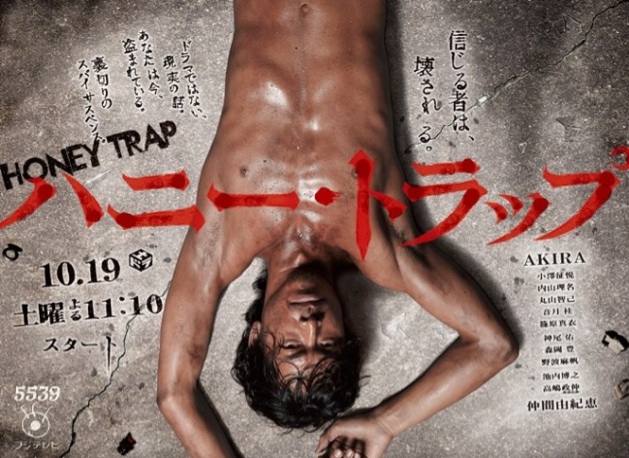 Yuichi (Akira) works for a large corporation as a leading edge materials researcher. He has a good reputation, but he has many enemies who are jealous of his talents. His wife Natsumi (Yukie Nakama) works in the accounting department for the same company. Natsumi cooks well and supports her husband.

Yuichi is then assigned to lead a new big project which other rival companies all plan to bid on. His boss orders Yuichi to work with Yuichi's father, who is a researcher and professor at a university. When Yuichi was young, his mother died from a disease. His father was so absorbed with his studies that he was not there when she passed away. Since then, Yuichi has held resentment towards his father.

One day, Yuichi's wealth, reputation and his beautiful wife ... all disappear.

Information for the new project is stolen and Yuichi is suspected as the thief. He is suspended from his job by his boss. Yuichi's father disappears from the university and his father's house is trashed. Suddenly, Yuichi has lost everything. He now has to stand up for what he has lost.

Yuichi makes an astonishing discovery and a mysterious figure appears.

ace Nov 26 2014 8:00 pm Given the rather convoluted mystery so far, it is rather too early for me to say if this is going to be a good series or not. But so far so good. Akira and Yukie Nakama are both compelling onscreen. I noticed in GTO that Akira does a good baffled look and in Saki, Yukie Nakama does beautiful and dangerous well. So they are suited to the roles in this. Fingers crossed that the script doesn't trip them up.