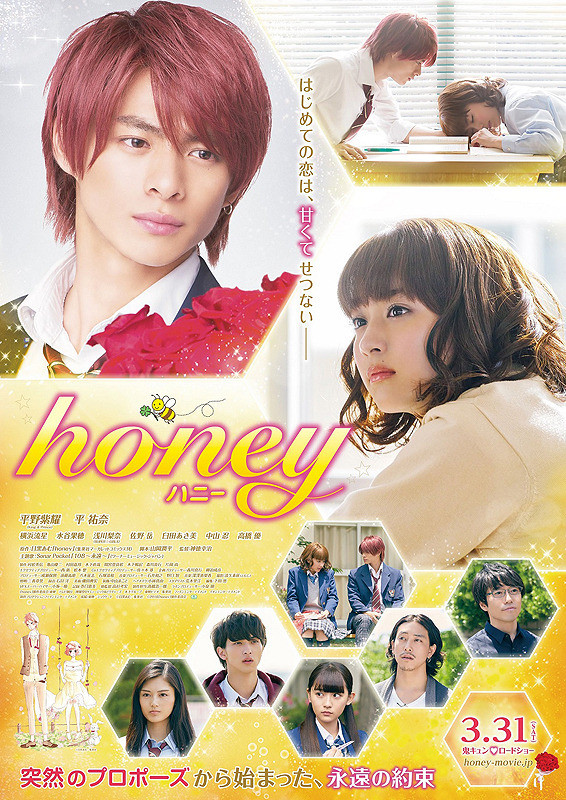 Nao Kogure (Yuna Taira) is a shy and cute high school student. One day, Taiga Onise (Sho Hirano) asks her "would you like to date with me on the promise that we will get married?" Nao Kogure is unable to turn down his proposal, because she is scared of him. Taiga has red hair and piercing eyes. His appearance gives off the impression that he is a bad boy, but he is actually considerate to others and good at cooking. After getting to know Taiga Onise, Nao Kogure begins to have feelings for him.

Jamie Nov 15 2020 3:08 am I also have a question here. Someone mentions it was Nao who helped Taiga on a rainy day. When I watched the film it looked like it was Miyabi who was passing by.

Jamie Nov 15 2020 3:06 am Kayo is so sexy and attractive. It feels natural that she is dating an older guy from outside the school. And Asami Usuda showsup all of a sudden and she is still gorgeous in her face, but she has cut her hair since the old days unfortunately and that is sad. What happened. Anyone knows?

Jenny Feb 05 2019 7:45 pm I'm like so in love with Taiga husky voice. He played such a great character. Liking this movie now, it's been a while I've watched a Japanese movie. I love it!

Rosemary Dec 23 2018 6:06 pm This is the best shoujo manga-adaptation movie I've ever watched!! The characters especially Nao and Taiga have the best chemistry. Even though it seems so rush that Taiga changed just because he received Nao's kindness on a rainy day, but it's okay. I love how the story tries to show the background and the development of the characters.

Ayu Oct 24 2018 3:10 pm Anyone know about its ost/bgm when taiga tried to kiss sleeping nao in library? Really love that song

Why can't someone ask me this? haha

Xirushi Jun 07 2017 11:48 pm Yokohama Ryusei my favorite actor starring in live adaptation of my favorite manga I feel so blessed ?????

i really love the story, Taiga love Nao so much because Nao once help him. He start to change after dating Nao and Nao start to relialize that Taiga not scary guy. I am curious who will play Nao's uncle character, the sweet guy, Nao's first love :)