Homeroom on the Beachside 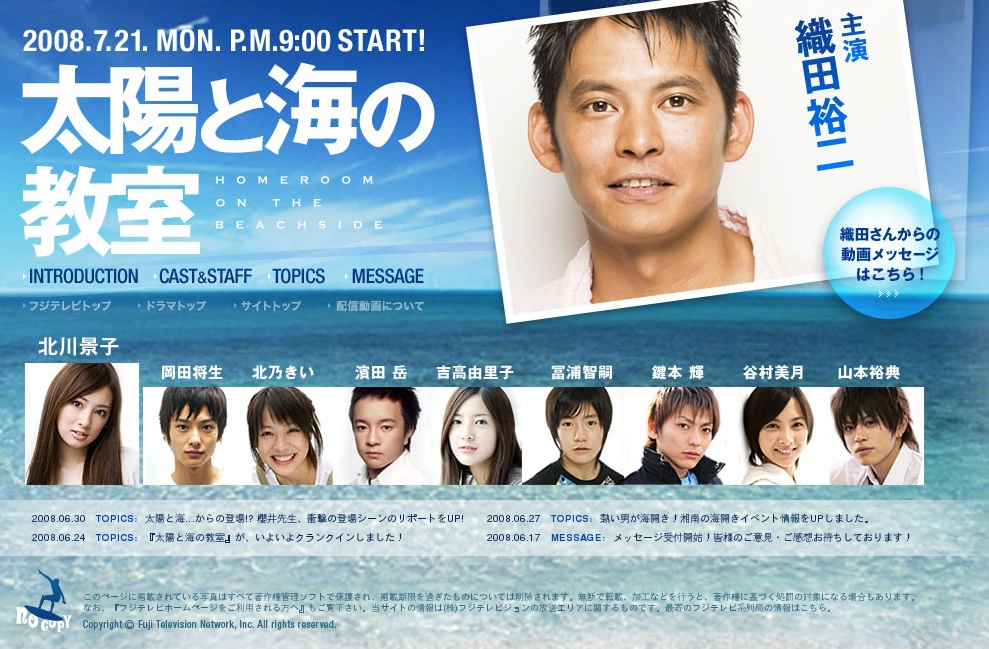 Two teenagers, Hiroki (Masaki Okada) and Riku (Kie Kitano), are walking along a beach in Shonan when they encounter an old woman who is screaming. Her two grandchildren have wandered into the surf. Hiroki rushes in to save them, but it isn't necessary. An older man dressed in a suit walks out of the sea with the two children under his arms.

He is Sakutaro Sakurai (Yuji Oda), who also happens to be Hiroki's and Riku's new homeroom teacher at their high school, an institution that prepares students for elite universities. On the first day of class, Sakutaro distinguishes himself from the other teachers by asking his students not which college they want to attend, but what their dreams are.

Myomi Aug 08 2013 10:14 am This story is beautiful. As other comments have said, it does get darker after episode 6, and it also shares elements with other school dramas, but Homeroom on the Beachside is much more profound than any other drama I've watched. It focuses on what life means, what a person's purpose in life is, and how beautiful and precious life is. Overall, great acting, heart-wrenching story, beautiful script, and you'll love it. :)

misso Mar 03 2011 2:11 pm to yuki.. NOT a copy of dragon zakura.. have you seen the drama?? first of all: the students arent troublesome students.. in fact they get good grades and actually WANT to study... the only troublesome thing about them is they think that school is only about studying,grades,tests and getting into elite university.... so the drama focuses on the fun and other important aspects of school.. like friendship and doing what you really love and enjoying your youth.. so TOTALLY not the same.. i think GREAT CAST. good lessons to learn and overall a good drama.. asuza's right though the themes got a little darker after ep6..

asuza May 24 2010 11:18 pm yeah, when you reach episode 6, you'll see the darker side of high school life in the show. so I could say it's quite different than most people think about it.

This is a little more meaningful if you actually watch it. And quite funny. So please get a life, ne?