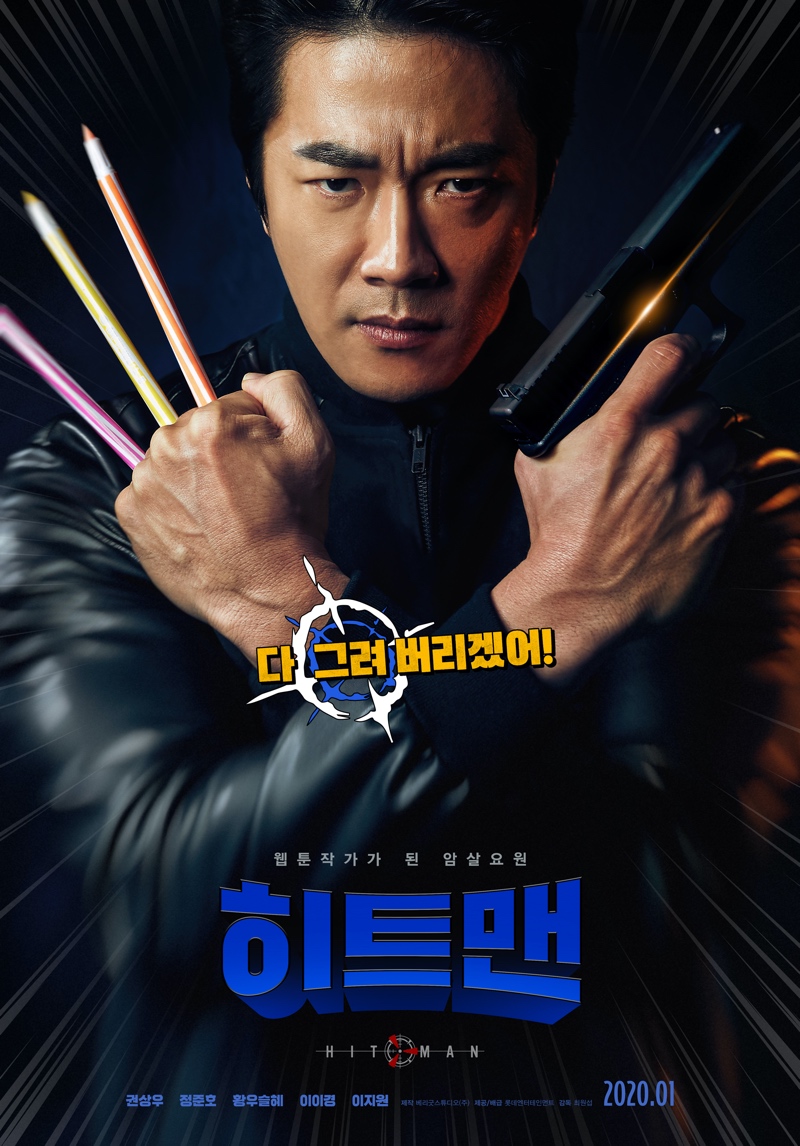 Joon (Kwon Sang-Woo) was once a legendary hit man agent for the Anti-Terror Team in the NIS. His true passion was for writing & drawing comics. To pursue his dream, Joon decides to fake his death during a mission for the NIS.

15 years later, Joon is now married to Mi-Na (Hwang Woo Seul Hye) and has a daughter (Lee Ji-Won). He writes webcomics full-time, but his comics are not very popular. It gets so bad, that his current webcomic is cancelled due to negative reviews. Joon becomes furious. That evening, he drinks excessively and thinks about his daughter's advice to write a story about his own life. While under the heavy influence of alcohol, Joon draws a comic about his past life as a hitman for the NIS. The next morning, with his head pounding from a hangover, Joon realizes that the comic he drew last night was posted online. The comic contains sensitive classified material and Joon is in a whole lot of trouble.

coffee Aug 20 2022 12:49 am currently watching this right now!!! although it's a bit awkward for me to see Sang Woo in a comedy role since I've seen most of his action-serious shows, he did reallyyyyy well!!! so talented! ??????

I didn't know i would see Lee Yi-kyung here! At first i thought i am just watching a action movie but the moment i saw him it maid my heart flutter and i was getting excited cause i know it will make me happy.

This movie is like stars coming from the sky and then it is hitman! I mean so many big stars in this film and i get to see also something new from kwon sang woo and the boss from the nis... I mostly know him in squid game series ☺️

But i am so thrilled and happy watching this movie. Hope to see chapter 2 of this in the future where in the last 2 agents working together with the trainer... ♥️♥️♥️♥️

AR Rahman Jan 17 2021 1:10 am when kwon sang woo read his daughter' diary and show me the money backsong begin such a touch scene

Shae Dec 28 2020 12:46 pm 10/10. Definitely a must watch movies, highly recommend. Kwon Sangwoo did a very great job with his character as usual. I love Lee Yikyung character, funny but cool and handsome at the same time (｡♡‿♡｡). All of the actors did a very great job!!

bibs Apr 18 2020 2:08 am wow! i just watch this movie and it is really hilarious. i cant stop laughing while watching this

as a movie addicts I recommend this.. go watch it!! ??

absolutely worth to wait. surely won't gonna dissapoint us!! storyline is so fresh adding with classic vibes like company man, ajusshi and daisy.