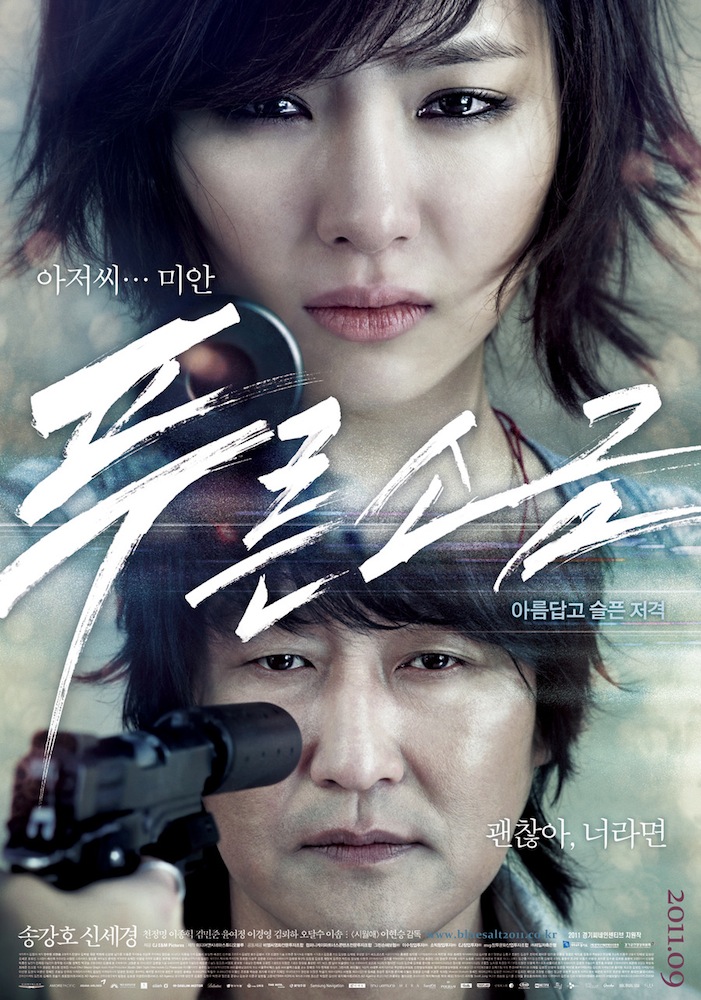 Doo-Hun (Song Kang-Ho) is a retired gangster boss who confronts a mysterious woman named Se-Bin (Shin Se-Kyeong). Se-Bin is a 20 year old assassin sent to kill Doo-Hun. Things become more complicated when the retired mob boss and sexy assassin start to develop feelings for each other ...

Doo-Hun was a legendary mobster, but is now retired. Doo-Hun decides to head back to his hometown of Busan and eventually open up a restaurant. He then takes a culinary class. At the culinary class he meets a young woman named Se-Bin who is stationed next to him.

Se-Bin was a promising sharp shooter, but a car accident ended her sporting career. Now, she lives with her friend Eun-Jung (Esom) in a shipping container turned into a home. The girls fall into trouble when Eun-Jung borrows 10 million Won from a loan shark. The loan shark then makes Se-Bin watch over Doo-Hun instead of paying back the loan. Se-Bin begins to feel uncomfortable, because she starts getting attached to Doo-Hun's quirky humor.

Doo-Hun then learns his mob boss was killed in a car accident, but he doesn't attend his boss' funeral. Doo-Hun wants to stay from the mob world. He isn't aware that someone is watching over him.

When the moment comes for Se-Bin to kill Doo-Hun she is unable to do so, but her friend Eun-Jung arrives and runs over Doo-Hun. Doo-Hun is seriously injured, but not dead. He isn't aware that the hit-and-run was mob related.

Meanwhile, Eun-Jung's car is found submerged in the water and her body is missing. Se-Bin hears rumors that Eun-Jung was killed by Doo-Hun. Se-Bin then joins a professional hitman business run by Madame Kang (Youn Yuh-Jung). Se-Bin is then ordered by Madame Kang to kill Doo-Hun .... 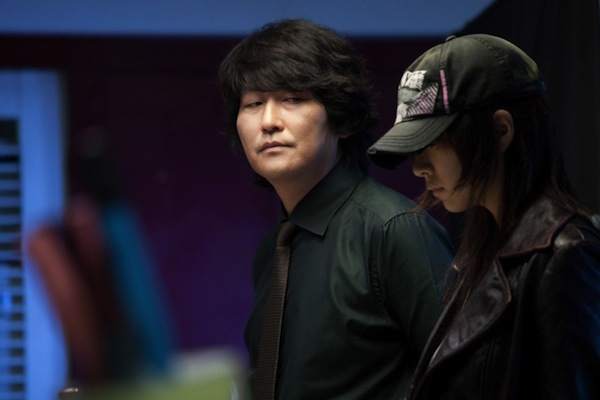 harley Nov 02 2020 1:35 pm this movie is so good actually, I thought it will be boring at first but I'm totally wrong, it's good. it might not be the best one but it's still good for me, kinda remind me of t-ara cry cry mv, shin se kyung's character here really remind me of ji yeon, i think that's what I like about this movie, this movie has the vibe of an old classic melodrama gangster movie, just like t-ara cry cry mv. and lastly chun jung myung really catch my eyes here, it's my first time seeing him in a movie and he's sooo cool and handsome

losta Jun 13 2016 12:16 pm I don't know why some people seems don't like Shin Se-Kyung. She's may not the best, but c'mon, she's quite good. I have seen many more senior actress actually worse than her. For the movie, I like it, though it also not the "box office" level for me, but it's OK.

Jamaica May 23 2014 3:54 am It was entertaining enough. A definite guilty pleasure, to indulge in, solely for the presence of the marvelous, and lovable, Song Kang-Ho.

Overall I found it to be an entertaining gangster melodrama.

moo Oct 02 2011 2:04 am A very detailed review Ki, thanks. It sucks to have a hunch proven right. A director making a comeback since nearly the 90s, is bound to be a little out of touch. From your review it seems he assembled popular ingredients of other recent "hip" movies, and didn't know how to cook them together. Delays in production usually spell trouble!

Ki Sep 17 2011 6:19 pm Not sure how Korean production companies come up with these utterly bland English titles like "Hindsight" - when they already have perfectly apt literal Korean titles like "Blue Salt." To me "Blue Salt" sounds more poetic, memorable, and within the context of the movie makes a whole lot more sense, but, then again, making sense isn't a forte for this movie.

As you might guess by now I thought "Hindsight" was a total dud. Song Kang-Ho's performance is about the only good thing with the movie, but in terms of his work compared with his back catalogue I don't think "Hindsight" will even be mentioned. What really killed the movie for me was the incredibly poor performances by the supporting cast. Leave main actress Shin Se-Kyung out for a minute, because she was OK. I'm talking about the minor characters who mostly come off as really bad parodies of comic book villains. Kim Roe-Ha is absolutely wretched having only a few minutes of screen time, but stinking it up completely with his completely laughable persistant sneer. Kim Min-Jun tries to carry off the image of "Mr. Cool" but comes off as a complete dolt with his geometric hair cut that completely covers one eye (he's a sniper too). More surprisingly, Yoon Yeo-Jung, who received rave reviews for her supporting performance in "The Housemaid," seemed completely miscast in playing a fashionable, cold-hearted madame of the underworld. The stick-your-finger-in-the-electric-socket hairstyle she sported didn't help either. I don't normally care about about the appearances of actors/actresses in movies, but "Hindsight" just pushed these comical effects to obnoxious levels.

Meanwhile, Shin Se-Kyung was probably out of her element in the movie, but she was OK, especially compared to her supporting cast. Shin Se-Kyung basically masked whatever shortcomings she had with a monotone expression which was passable (mostly). A few scenes required her to do more work and in these scenes you did yearn for someone able to deliver more believable dynamics.

The storyline itself is pretty bland ... a paint by the numbers HK influenced assassin film. In a nutshell - assassin falls in love with their target storyline. Other stupid cliches come up like the gangster (Kang Sang-Ho) who leaves the mob world, but goes back for one last job. Also surprising was the fact that there wasn't even a kiss shared between the two main leads.

I think the root problem with "Hindsight" is that it wants to do one thing - make a hip contemporary film with music video'ish looks ala "The Man From Nowhere", but rooted in the wrong generation. The movie is scripted and directed by old school movie director Lee Hyun-Seung, more familiar with sentimental love stories like "Il Mare," and casts a big name old school actor like Kang Sang-Ho. But wanting to appeal to the younger K-pop crowd, the director makes the questionable decision to cast Shin Se-Kyung as the romantic interest. There's also the atrocious supporting cast stinking it up with so many over-the-top performances, which, when taken as whole, had to have come at the encouragement of movie director Lee Hyun-Seung.

In hindsight, the movie "Hindsight" comes off as a film made by a stodgy father to impress the friends of his teenage kids and it just doesn't work.

moo Aug 17 2011 5:13 pm The issue isn't he's too old. It's actresses his age aren't accepted as "cute" or able to play leads anymore. (Aging affects both sexes of course, but women much more - I know that's stating the obvious, and it bears repeating when it's too accepted as normal.)

TOK Jul 27 2011 3:05 pm Who cares about the age gap in film industry.....Main actress who is super cute, is actually very lucky to have a film with the legendary actor Song Kang Ho! he is Great, Haven't you watch 'Thirst'?..19yrs gap...Great movie! Great actor!

Maudl Jul 22 2011 5:32 am Korean melodramas can get away with a lot, but this sounds just preposterous.