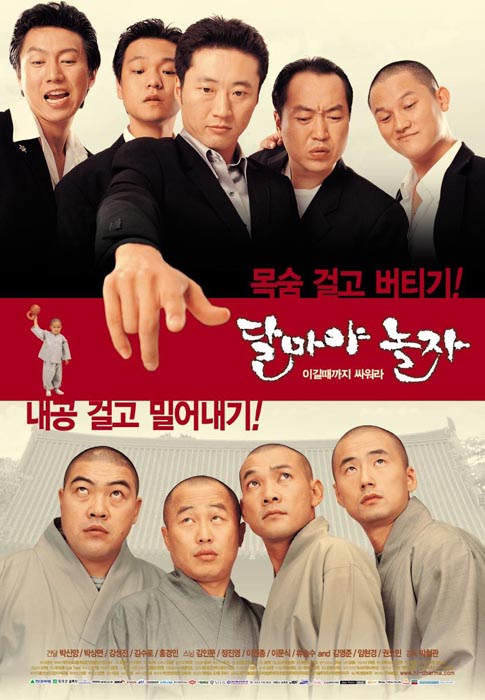 After losing a bloody battle between a rival gang, Jae-gyu (Park Shin-Yang) and his men become fugitives on the run and hide in a temple secluded in a mountain. At the temple, they find a group of disciplined monks who live in a peaceful and tidy way. Jae-gyu and his gang sees this a great opportunity and ask the monk to let them stay. Denying them at first, later the monks permit them, but for only one week.

One week passes, but Jae-gyu and his men don't budge. So a new war between the gangsters and the monks begins. It's a test of strength and intellect to find out who gets to stay and who gets kicked out. The rule of the game is simple. "If you win 3 games out of 5, the group who wins has the final say." From a 3000-bow Buddhist ritual to a diving match and Korean poker, it's a gruesome war of wit and perseverance.

Finally, Jae-gyu's gang manages to stay after a long battle of sweat and tears. The temple's Head Monk accepts them and permits them to stay longer. But the new rule is tough. "You want to stay, then you must obey the rule... the rule of Buddha!" Now, "No Work, No Food" is strictly applied to Jae-gyu and his gang...