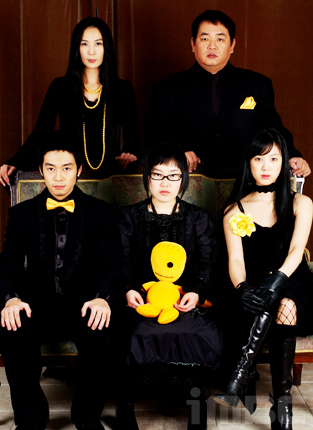 Romania, 2005. One of the last vampire families on earth decides to disguise themselves and live among humans until “the glory of their empire” revives. They are sent to different places all over the world that are considered safe by their leader. However, a group of vampires takes the wrong ship and happens to come to Korea. On board, they run into a timid and unlucky man Doo-il. One of the vampires bites him by mistake and he becomes one of them. They promise Doo-il that they will return him into a human on the day when their leader comes to find them. He doesn’t have any other choice but to live with them. They are disguised as a family of five and start new lives in Seoul. Can they really go back to their country safely when their leader comes to find them? While watching the vampires who disguise themselves as a human family, the viewers will witness both their human sides and the humans’ inhuman sides. Can Seoul be a safe place for them?

Mirae L. Oct 12 2019 2:32 pm Have watched this series over and over....makes me crack up every single time. While living in Korea, it helped me learn the language, culture and customs. As I had more experiences there, in fact, the show became even funnier. A great way to laugh AND to learn. The coming of the "Andre, the Great"...WHO can forget that? And the "Bird of Peace" pop-up restaurant...OMG...smiling again as I think of it.

cornacopia Oct 15 2012 2:54 pm Funny poignant, sad and sweet. You'll laugh, you'll cry, you'll smile, and you'll sigh. Do not miss this dramedy! The entire cast is amazingly funny. Park Hee Jin is a laugh riot, and both Shim Hye Jin and Park Seul-Ji are worth watching in anything fortunate enough to include them in it. Jeong Ryeo-won: If you don't know her, you don't know drama. Lee Doo-il is a hoot, as well. And, last, but not least, 'Andre the Great' and "Chickenhead" Kyyuuuunnnn!!!! My favorite family of vampires... :)