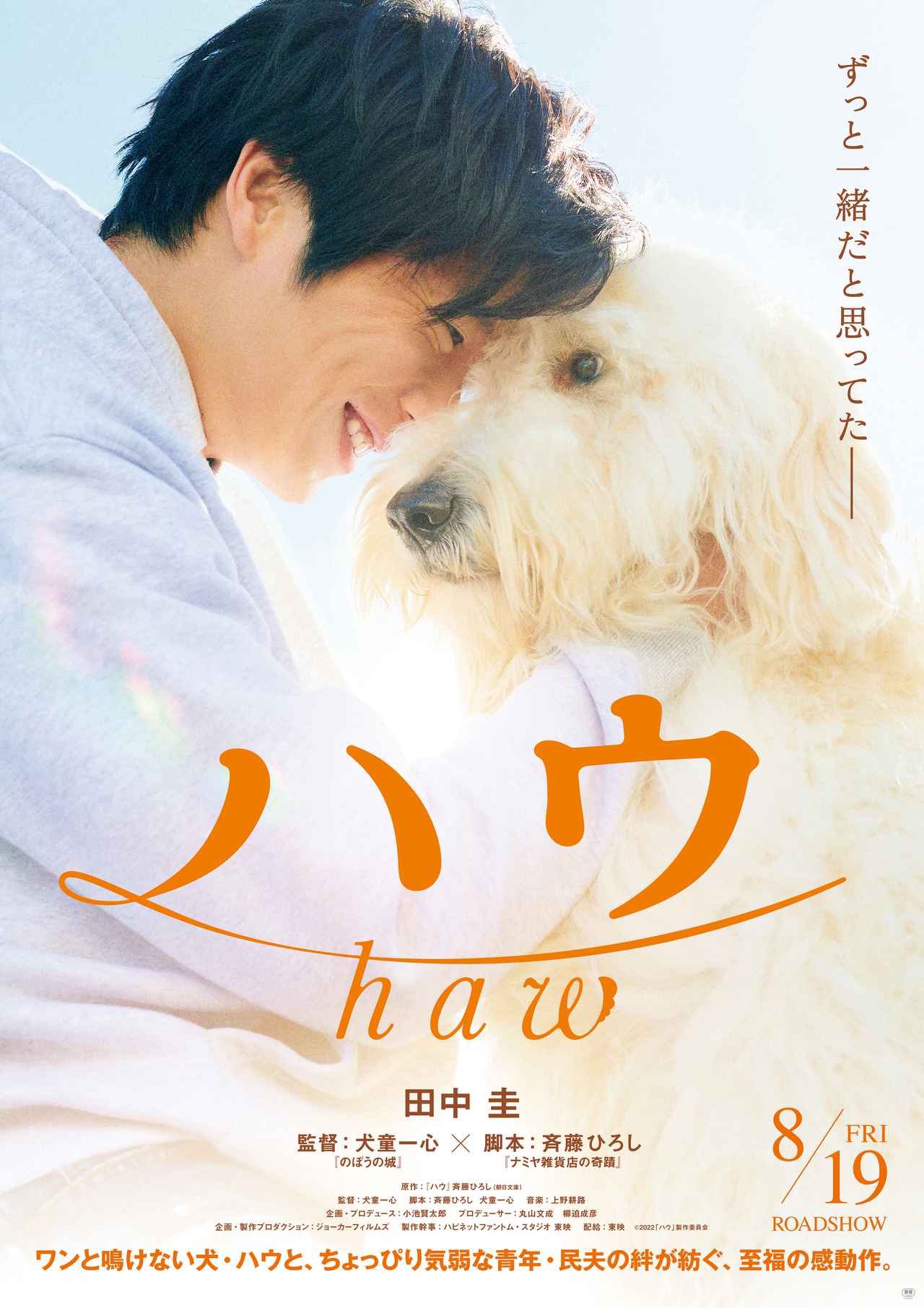 A story of Haw and a young man. Haw is a young puppy, who can’t howl. The young man has a timid personality.

Tamio Akanishi (Kei Tanaka) works at a public office in Yokohama. He is going through one of the worst periods of his life, because he fiancee broke up with him. One day, his boss tells him to take care of a big dog with white hair, which was abandoned by his owner. Tamio Akanishi begins to live with the dog. The dog doesn’t bark and only makes a sound that sounds like "haw." So, Tamio Akanishi names the dog Haw. While living together, the connection between Tamio Akanishi and Haw gets deeper. Tamio Akanishi now can’t think of his life without Haw, but ...