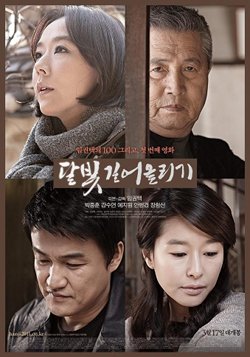 3 years ago his wife Hyo-Kyung (Ye Ji-Won) collapsed of a cerebral infarction largely due to him. Pil-Yong took his son to a relative and now takes care of his wife who has difficulty in moving. Pil-Yong wants to be promoted to a deputy director in the higher 5th grade before he retires.

Pil-Yong finds out that his new boss is interested in hanji (traditional Korea paper). Because of this, Pil-Yong transfers to the hanji department.

Meanwhile, documentary filmmaker Ji-Won (Kang Soo-Yeon) shoots a documentary about hanji. To make her documentary, Ji-Won travels throughout the country. By chance, Ji-Won meets Pil-Yong and they do not get along with each other. She learns that Pil-Yong plans to restore a copy of the annals of the Joseon Dynasty using hanji of a traditional kind. Ji-Won joins Pil-Yong.

Pil-Yong becomes obsessed with his project. A strange mood starts to brew between Pil-Yong and Ji-Won. Hyo-Kyung notices the change in her husband. Also, the project is on the verge of collapsing.