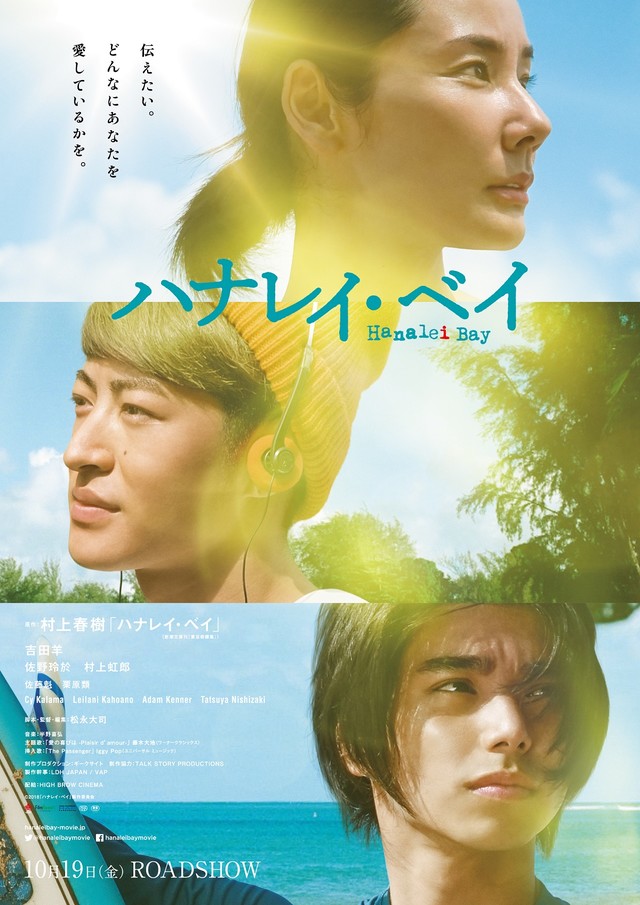 Sachi (Yo Yoshida) is the owner of a piano bar. She is a single mother and her son is Takashi (Reo Sano). One day, Sachi receives a phone call that her son Takashi died from a shark attack in Hanalei Bay, Hawaii. He was surfing in the bay area when a shark attacked him. His foot was bitten completely off by the shark. Sachi heads to Hawaii.

10 years later, Sachi visits Hanalei Bay annually on her son's death anniversary date. She spends time there reading or looking out into the ocean. One day, she meets two young Japanese surfers and hears from them about a young Japanese surfer, Takahashi (Nijiro Murakami), with only one leg.

GinYen Mar 23 2019 5:58 pm Watched it! Very deep and great. I was really worry about not understanding it, but most of the movie took place in Hawaii meaning the language spoken was English. Other than that there wasn't that much problem. Still hoping for subtitles.

@Eliza K. I looked at the credits and the song is The Passenger from Iggy Pop.

Eliza K. Mar 22 2019 3:42 am Watched the movie! Amazing!!! Can somebody tell me what's the name of the song that he was listening on the Walkman and while he was riding his bike in the movie!

Don R. Marino Sr. Jan 06 2019 8:50 pm When will this movie be released on DVD or Blue Ray? Will it be in English? Will it be in theaters in America Mainland?